Today I got a cool postcard from Canada! The Superman postcard, which was issued by Canada Post, features the iconic comic book superhero. Canada Post issued a series of stamps in 2013 commemorating the 75th anniversary of Superman. Superman was created by Jerry Siegel and Joe Shuster and first appeared in Action Comics #1 in 1938. He has since become the most popular comic book superhero of all time. The card features a matching preprinted stamp at the back, but the actual matching stamp was also applied on the front. Thanks Rose! 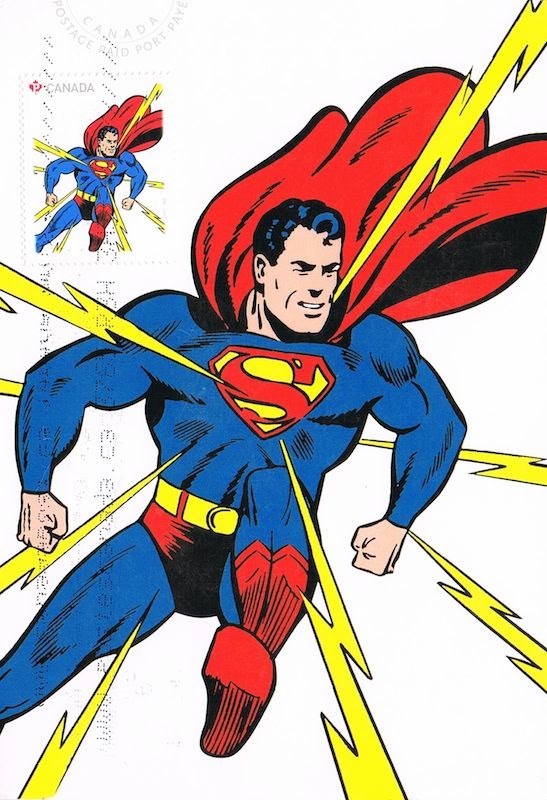