Today I got a nice postcard from France! The postcard shows many views of Mandelieu-la Napoule, a commune located on the French Riviera. The commune is located southwest of Cannes. Its most popular landmark is the Château de la Napoule, which is a 14th century castle. The current structure was mostly rebuilt by Henry Clews Jr. since most of the structure was damaged during the French Revolution. The commune covers an area of about 31 square kilometres and has a population of about 21,000 people. Thanks Angelina! 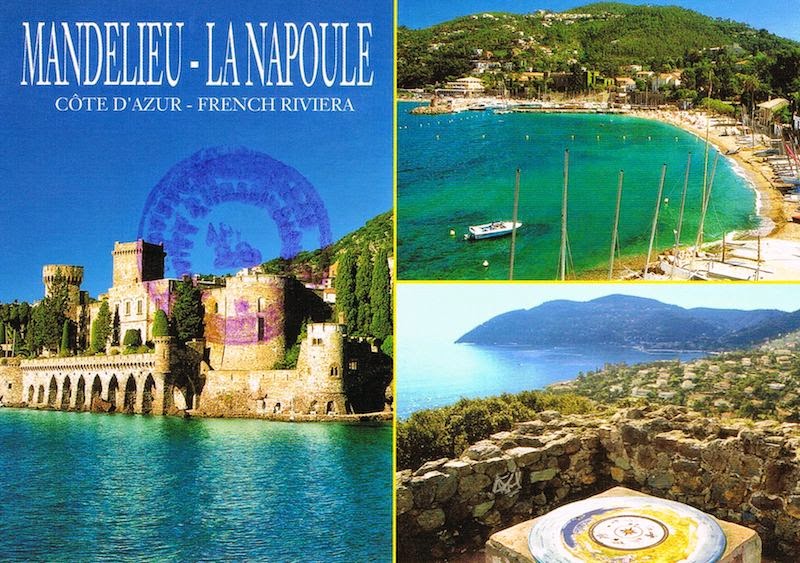