Today I got an interesting postcard from South Africa! The postcard features a scene with two women in one of South Africa's townships. Townships were the designated living areas for non-whites during the Apartheid. They were located around the towns and cities and were often underdeveloped. Townships were made for different segregated groups of non-whites. Lokasie is the local term for the townships. Most South African towns and cities have at least one township in the surrounding area. Thanks Ingrid! 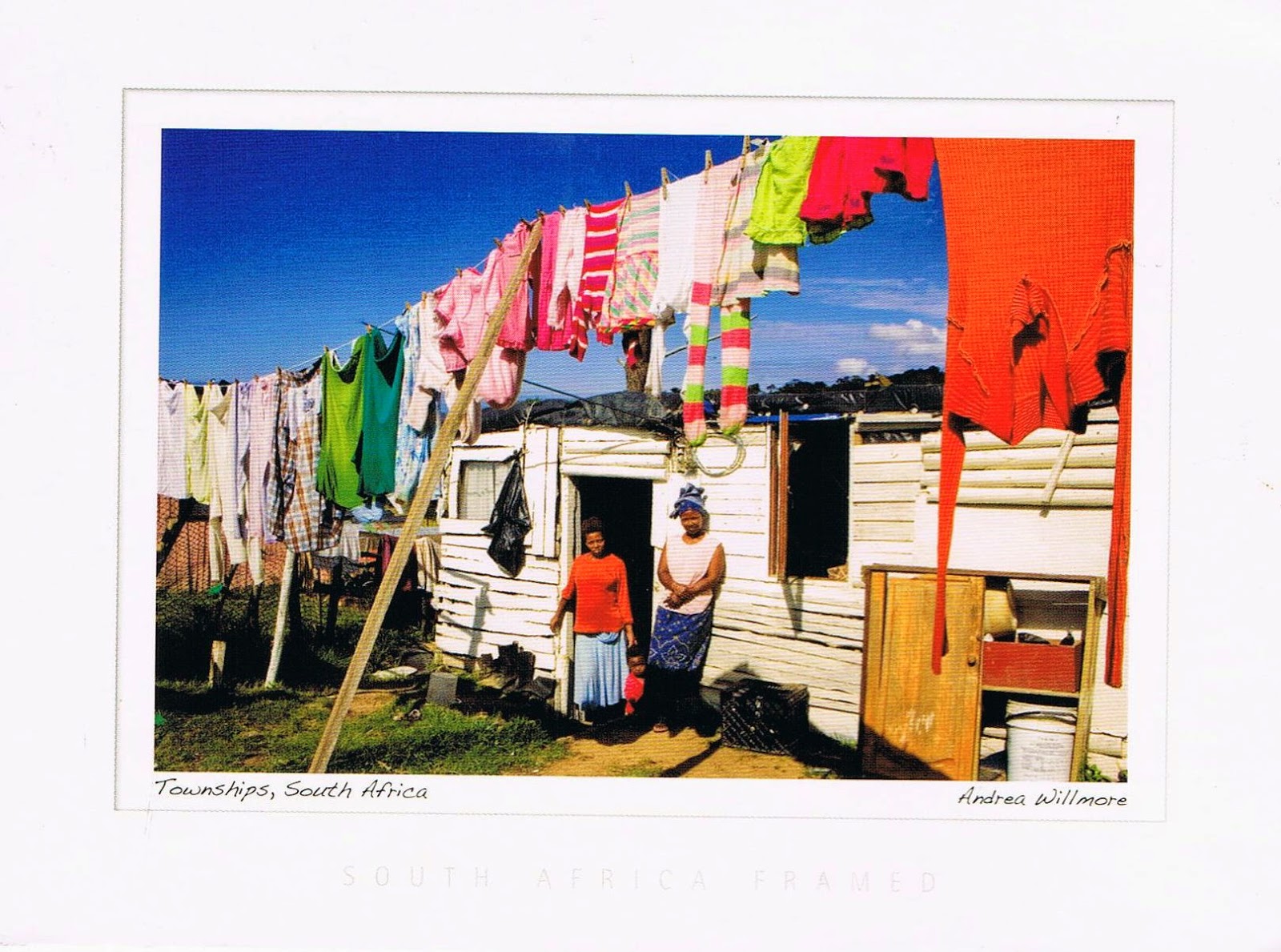