Today I got a nice postcard from the USA! The postcard shows the skyline of the city of Chicago, one of the United States' major cities. It is the country's third most populous city and also has the third most populous metropolitan area in the country. It was first settled in 1770 and covers an area of 234 square miles. The Willis Tower, also known as the Sears Tower, is seen here. It is the city's most iconic landmark and is currently the United States' second tallest building. The card is an official Postcrossing card, US-2710295. Thanks Kristina! 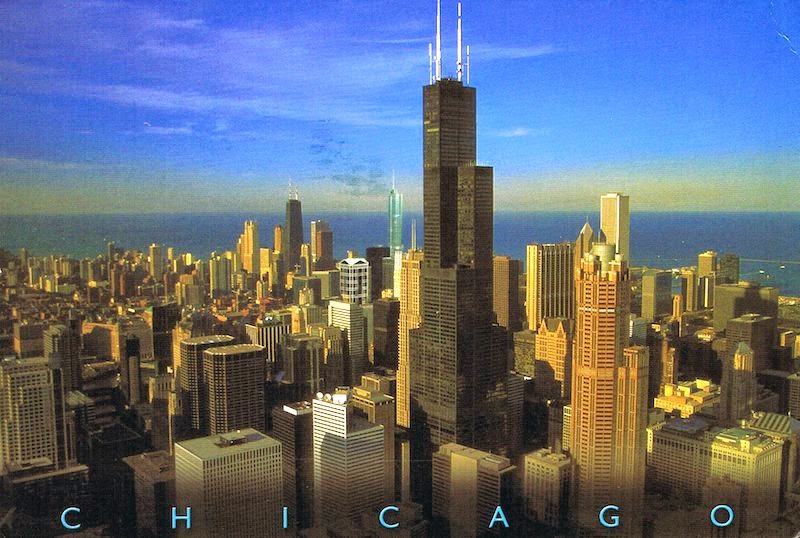