Today I got a great card from Turkey! The card shows a nice view of Hagia Sophia, which is a UNESCO World Heritage Site. It was built in 537 and was originally a Greek Orthodox patriarchal basilica until it became an imperial mosque in 1453 due to the invasion of the Ottoman Turks. It then inspired the design of many mosques. In 1931 it was secularized and turned into a museum. Thanks Ezgi! 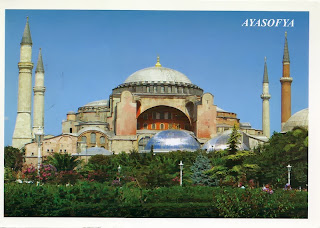 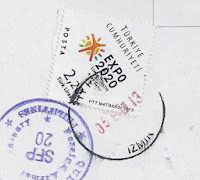