Today I got a nice postcard from Russia! The postcard shows a view of the Qolşärif Mosque, which is located in Kazan Kremlin. The mosque was named after Qolşärif, who served in the mosque and was killed in the 16th century when he was defending Kazan from the Russians. It was thereafter destroyed by Ivan the Terrible. It was rebuilt with a modern style in 2005 with funding from many Muslim countries. It houses many facilities and functions mainly as a museum of Islam. Thanks Veronica! 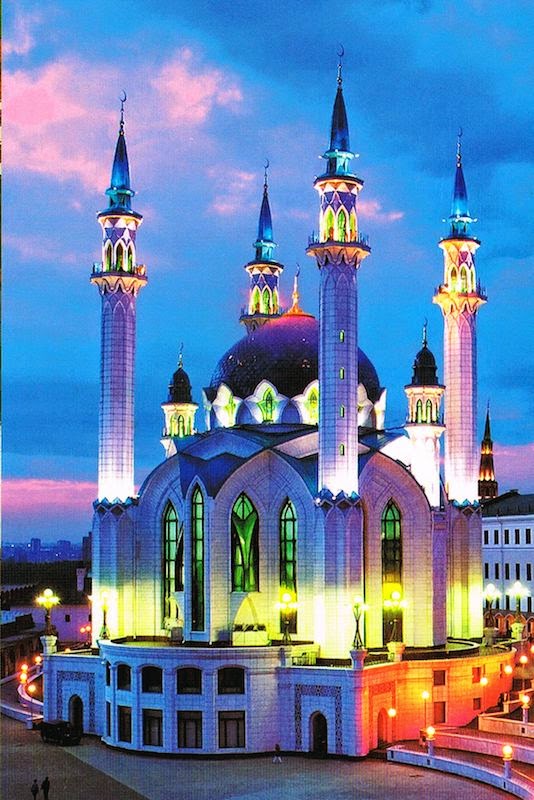