Today I got a nice postcard from Nicaragua! The postcard features multiple views of Ometepe, a beautiful island located in Lake Nicaragua. The island is the largest in the lake and got its name from its origins. The island was formed by the rising of two volcanoes in the lake and its name literally means "two mountains." Nicaragua, officially known as the Republic of Nicaragua, is the largest country in Central America. It has a population of about 6,000,000 people and covers an area of about 130,000 square kilometres. Thanks Natasha! 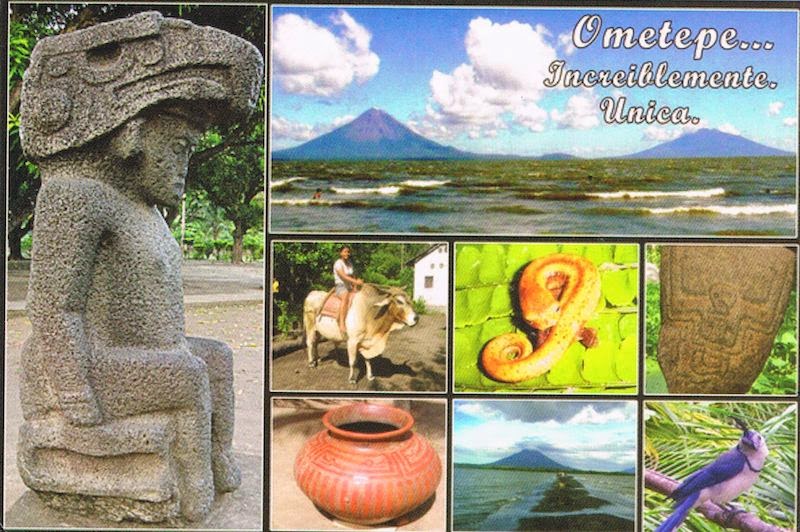