Today I got a nice postcard from India! The postcard shows a scene in Ladakh wherein yaks are threshing barley, the staple crop in the reigon. The yaks move in such a way so that barley grains are separated from the chaff.  Ladakh is a region in India located in the northern part of the country. Known as the land of high mountain passes, it is situated between the Kunlun mountain range in the north and the Himalayas to the south. It is sometimes called "Little Tibet" due to the strong influence of Tibetan culture in the region. Thanks Subramanya! 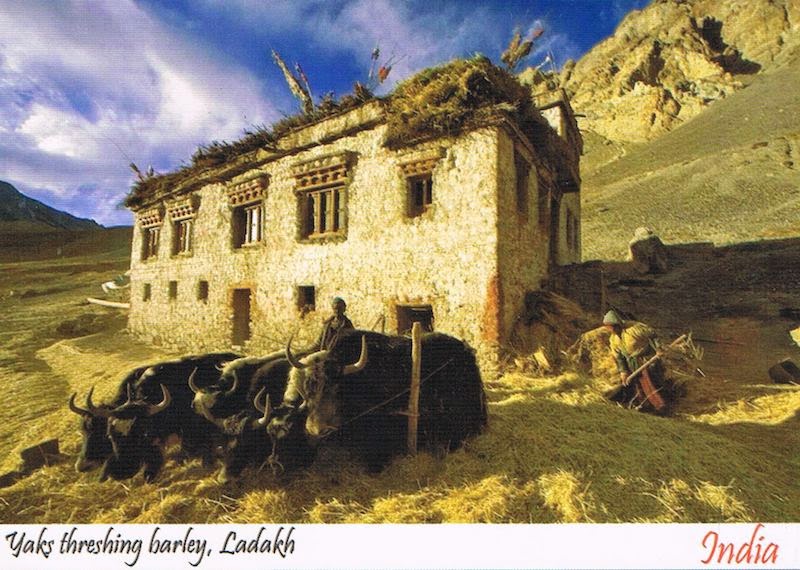