Today I got a cool postcard from Hong Kong! The postcard is a prepaid postcard with a 3D picture of the Lufengosaurus magnus, one of the Chinese Dinosaur's featured in a 2014 stamp series by Hong Kong Post. Lufengosaurus is a genus of dinosaur which lived in China during the Early Jurassic period. Fossils were first discovered in the early 20th century near Lufeng. It is estimated that L. magnus was about nine metres long and 1.7 metric tons heavy. A matching preprinted stamp is located in the back of the card and a matching postmark was applied. Thanks Jamie! 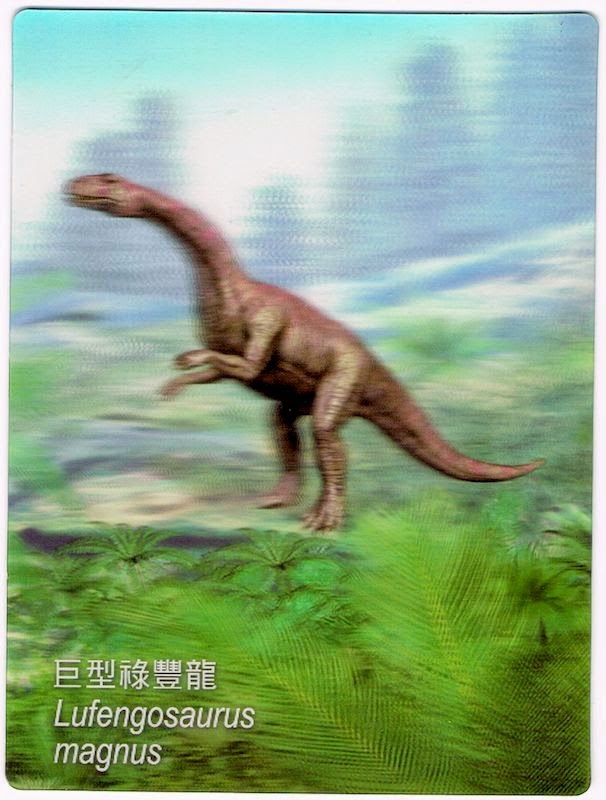 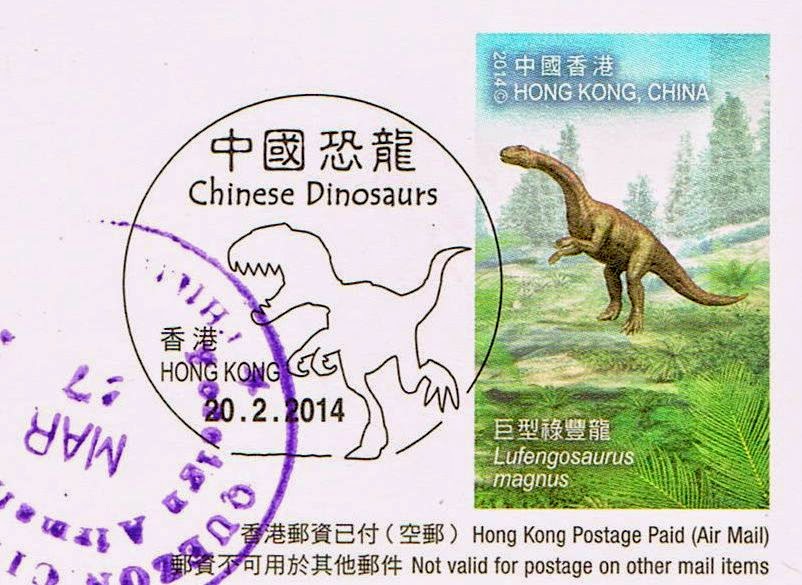