Today I got a nice cover and stamp from Slovenia! The stamp is a joint issue by Slovenia and Austria and was issued in 2013. It features the underground post office at Postojna Cave. Postojna Cave is said to be Europe's most famous cave, with over 500,000 visitors annually. The underground post office in the cave, the first of its kind, was opened in 1899 due to the increase in tourism. Thousands of postcards were sent from this post office, which continued to operate through the first world war. The cave has so far had 35 million visitors, including 150 monarchs. Thanks Borut! 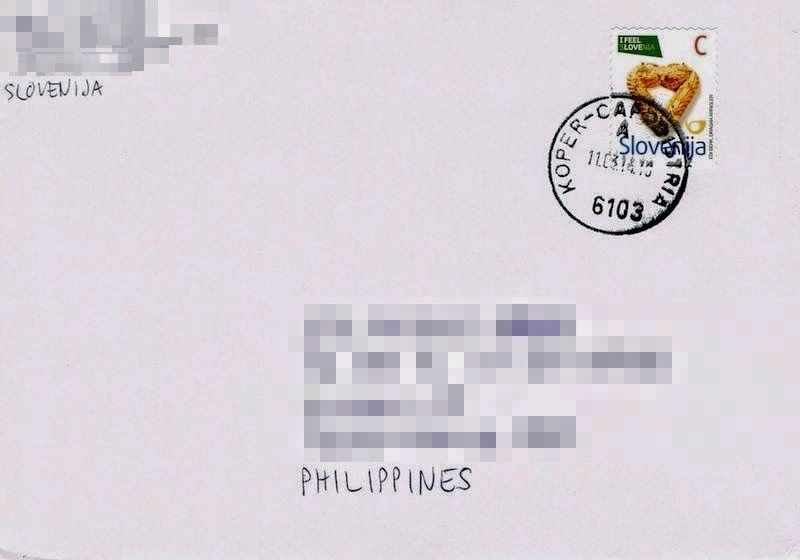 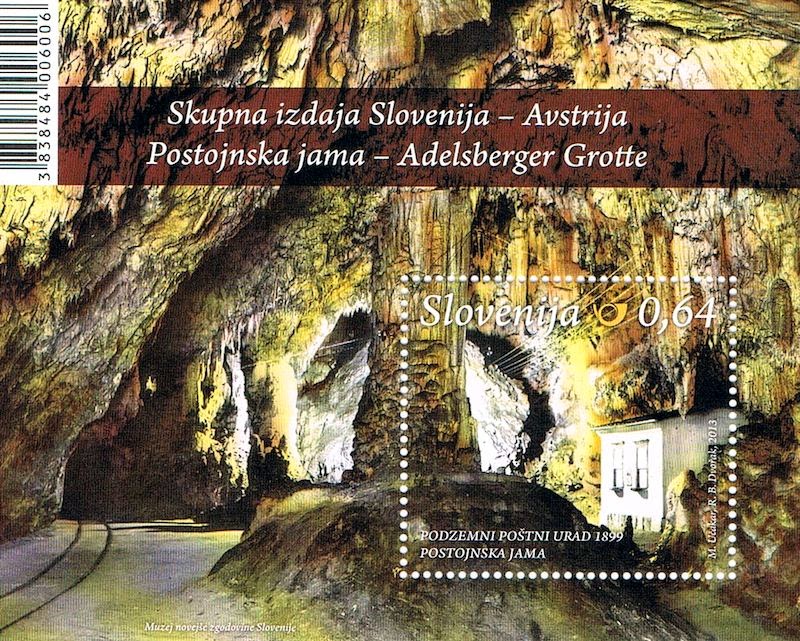