Today I got a beautiful postcard from Morocco! The postcard shows a view of Jemaa El Fna, the busiest square in Africa, which is located in the city of Marrakech. Marrakech is a major historical city and was officially founded in 1062 by Abu Bakr ibn Umar. As one of Morocco's former imperial cities, it features a fortified section, which is called the medina, where the square is located. Marrakech is currently a major economic centre and a top tourist destination. It has a population of about 900,000 people. The card was sent by Patrik from Estonia who was in Morocco. Thanks Patrik! 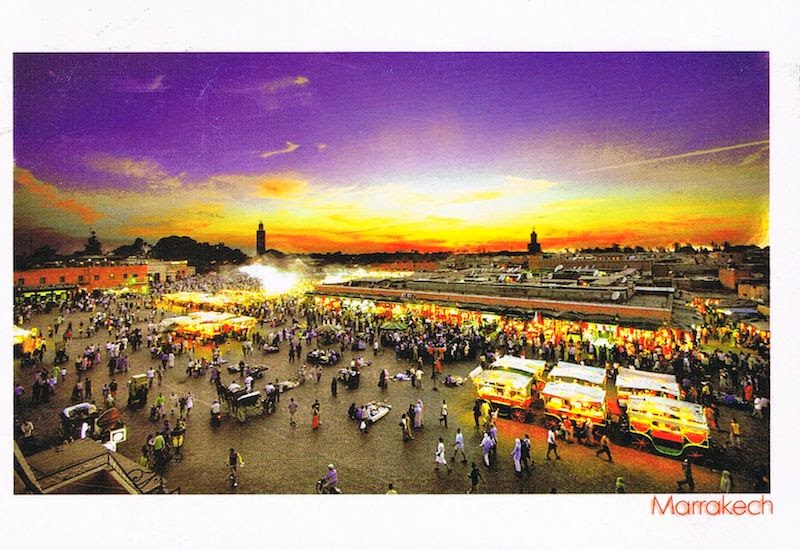