Today I got a beautiful postcard from Seychelles! Seychelles, officially known as the Republic of Seychelles, is a country in the Indian Ocean. It is an archipelago composed of 155 islands and it has a population of about 90,000 people. It gained independence from the United Kingdom in 1976 and its capital and largest city is Victoria. Tourism is a significant industry in the country and it has many nice beaches, like the one we see on the card. Two nice stamps were used and they were postmarked in the Central Post Office in Victoria. Thanks Tian! 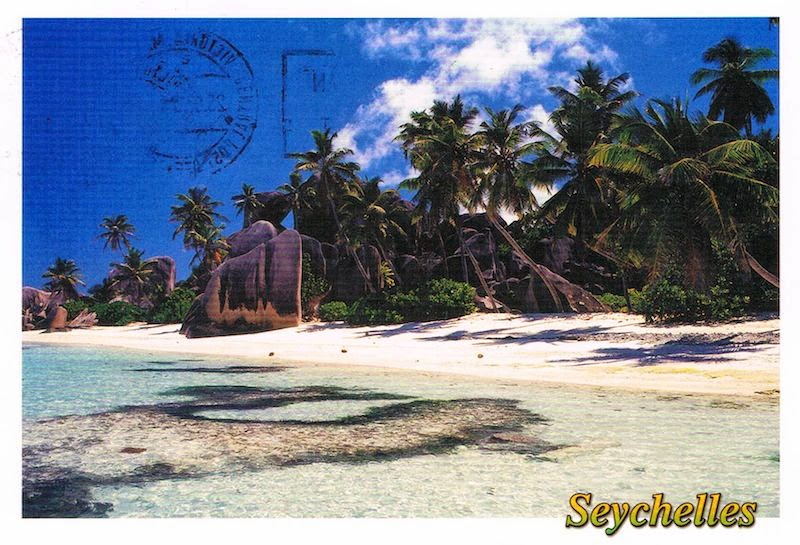 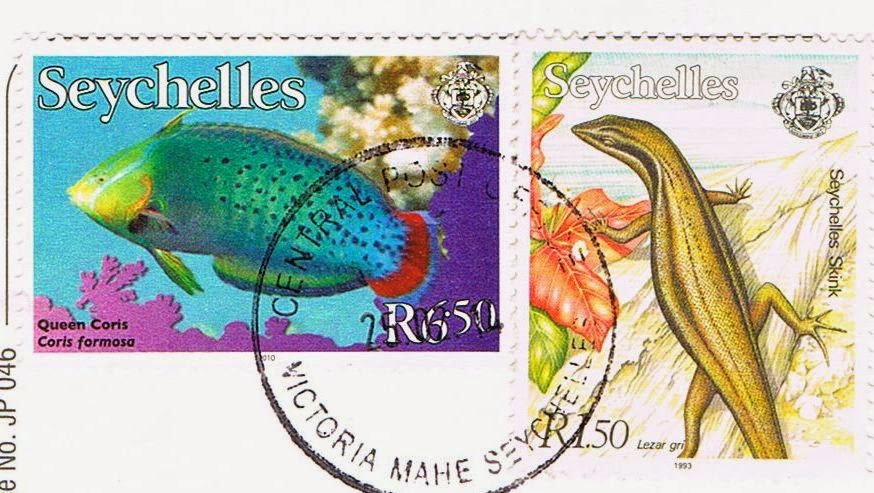 Email ThisBlogThis!Share to TwitterShare to FacebookShare to Pinterest
Labels: Seychelles