Today I got a nice postcard from Russia! The postcard shows an illustration of a Russian MO-class guard ship. The ship, which is also known as the Small Hunter or Moshka (which translates to fly), was made before and during World War II. Its primary use was for anti-submarine warfare but it was also used for a variety of roles, such as performing escort missions. Two nice ship stamps from the Weapons of Victory series were also used! Thanks Sergey! 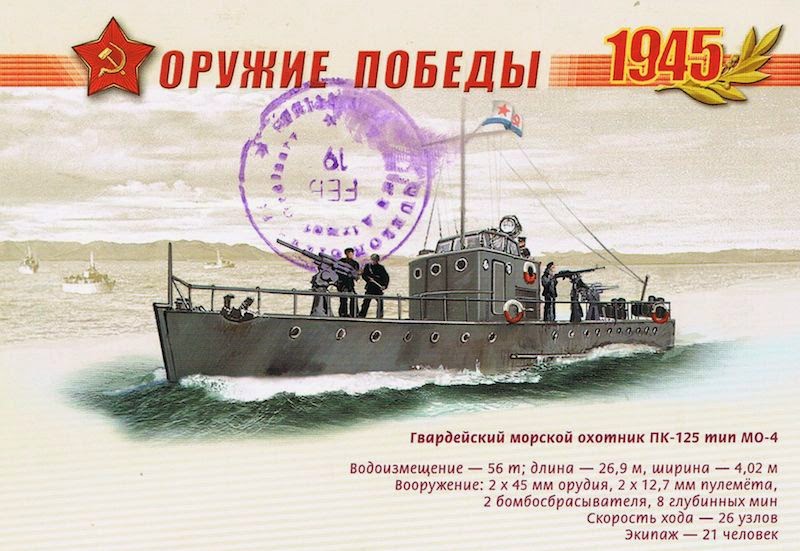