Today I got a nice postcard from the USA! The postcard shows an aerial view of the Rangers Ballpark in Arlington. It is the home of the Texas Rangers, a professional baseball team that plays in Major League Baseball. Originally known as the Ballpark in Arlington and briefly known as the Ameriquest Field, it was opened on April 1, 1994. It is part of a 270-acres complex and is a baseball-only facility. A nice stamp featuring tennis player Althea Gibson was used. Thanks Susan! 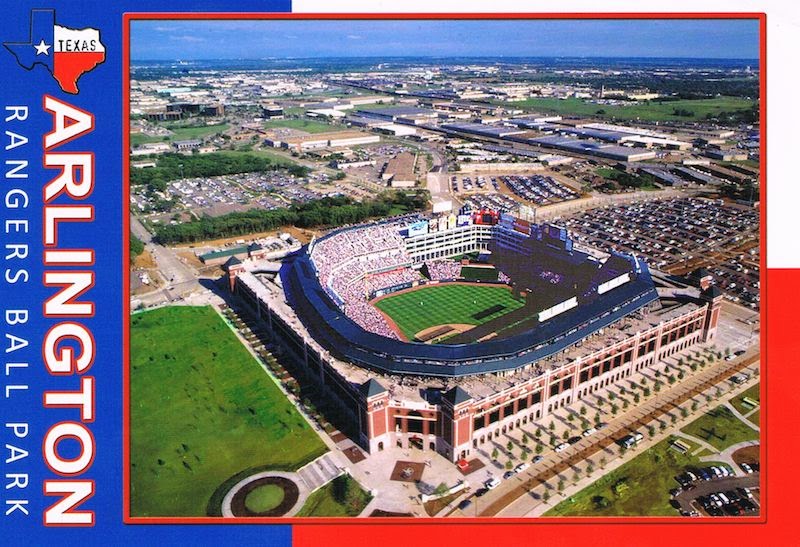