Today I got a nice postcard from Belgium! The postcard shows multiple views of the town of Bruges, also known as Brugge in Dutch. It is the capital of the West Flanders province and is known for its canals and its port. It is sometimes called the "Venice of the North" and was once actually one of the world's major commercial centres. The city centre is a UNESCO World Heritage site. A nice new Christmas stamp was used!  Thanks Raquel! 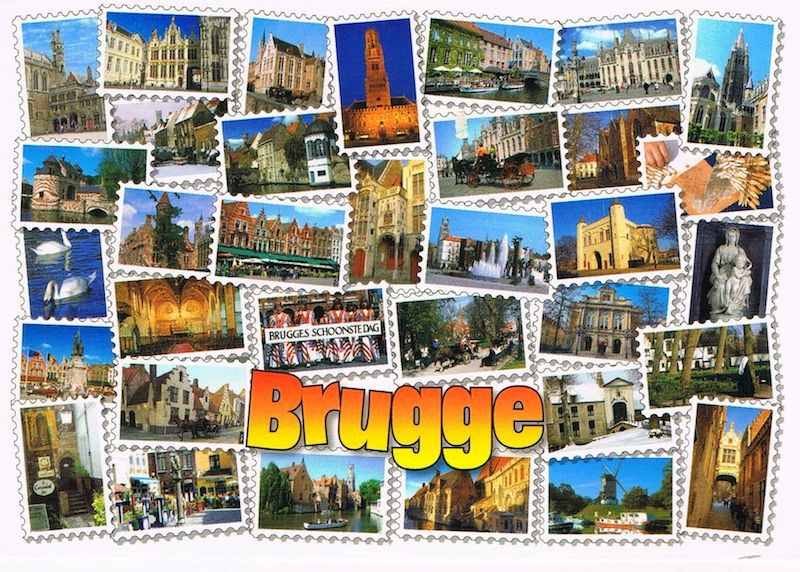