Postcard from the Netherlands!

Today I got a beautiful shaped card from the Netherlands! The postcard is intricately shaped to mimic the upper parts of common buildings in the city. The card shows a view of Singel, a canal in the city of Amsterdam, the country's capital city. Singel once served as the city's moat until the city expanded beyond it. It is one of the city's more popular canals and it also has a floating flower market. Amsterdam has a population of around 800,000 people. Nice stamps were used! Thanks Amy! 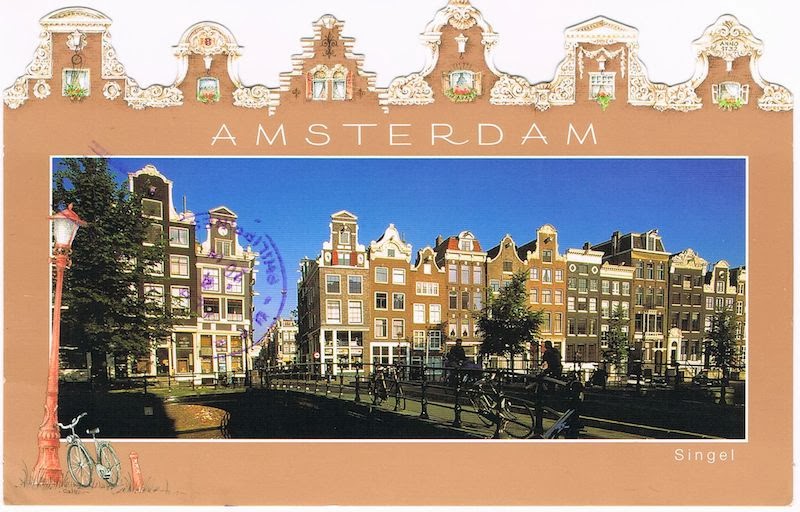