Today I got a beautiful postcard from Mauritius! Mauritius, officially known as the Republic of Mauritius, is an island country located in the Indian Ocean. The island had no indigenous population and was consequently settled by multiple European settlers. Its capital is Port Louis and its population is estimated to be around 1,300,000 people. The country was once the home of the extinct Dodo bird. Mauritius is a top luxury tourism destination, noted for its tropical climate and beautiful beaches. On the card, we see scenes from Blue Bay Marine Park. A stamp commemorating the Diplomatic Relations Between China and Mauritius was used! Thanks Tian! 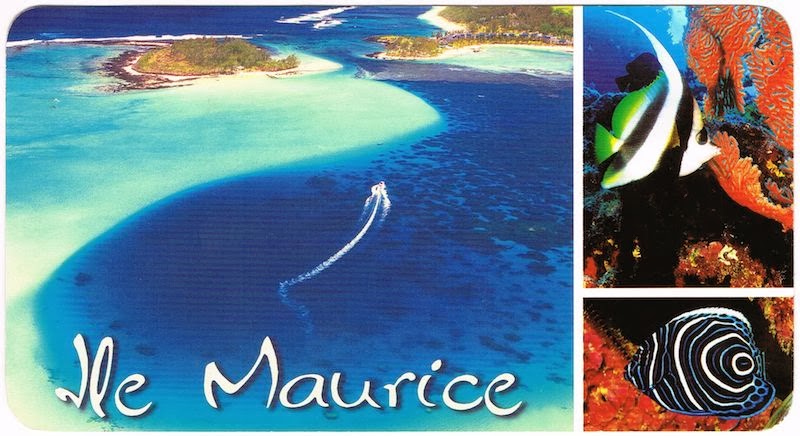 Email ThisBlogThis!Share to TwitterShare to FacebookShare to Pinterest
Labels: Mauritius