Today I got a nice postcard from Laos! The card features buffalos about to leave a mud pond. Laos, officially known as the Lao People's Democratic Republic, is a country in Southeast Asia. It is a single-party socialist republic and its capital is Vientiane. The official language is Lao and its population is estimated to be at around 6,500,000 people. The country declared independence from France on October 22,1953. Thanks Tian! 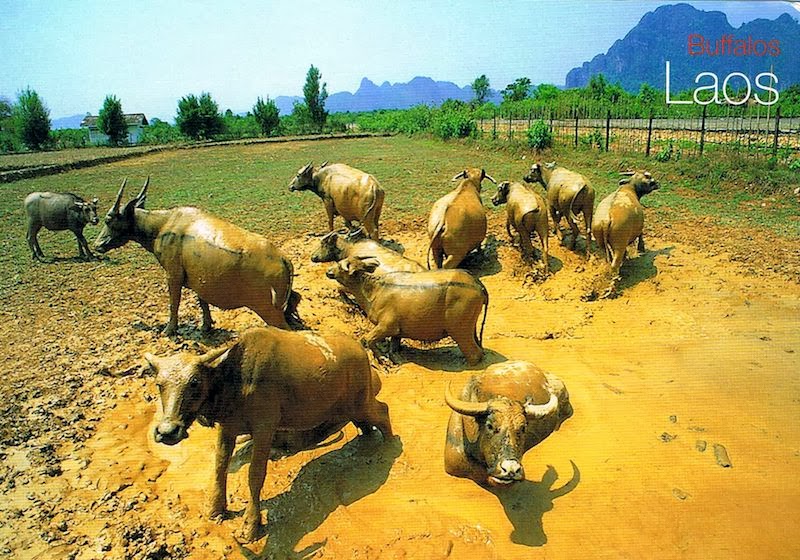