Today I got a great card from the United Kingdom! The card shows the famous Tower of London, which is a UNESCO World Heritage Site. It was built in 1066 and Tudor prisoners were brought by boat here and were guarded by the Yeoman Warders. Also seen is Tower Bridge, which is called the "Gateway to the City of London" and was opened in 1894 by the Prince of Wales. Used was a nice stamp featuring Wimbledon Champion Andy Murray. Thanks Mary! 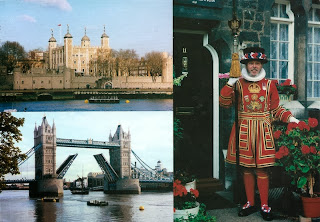