Today I got a nice postcard from Cambodia! The card shows a nice view of Angkor Wat, the largest religious monument in the world. It is Cambodia's most famous landmark and its name means "Temple City." Angkor Wat was built in the 12th century and was once a Hindu temple before it became a Buddhist temple.  It is a UNESCO World Heritage Site. Cambodia, officially known as the Kingdom of Cambodia, is a country in South East Asia. Thanks Elina! 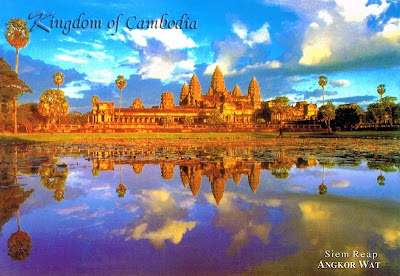 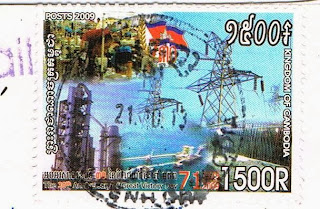