Year of the Goat postcard with matching stamp. The Territory of Christmas Island is a territory of Australia and is located in the Indian Ocean. It has a population of about 2,000 people and it was named after the day it was discovered on. Its capital is Flying Fish Cove and they issue their own set of stamps. Thanks Don! 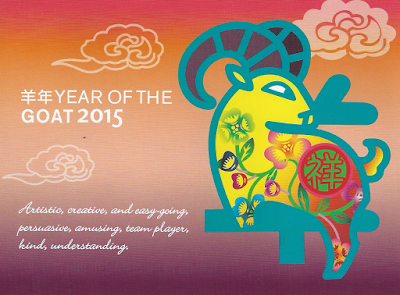 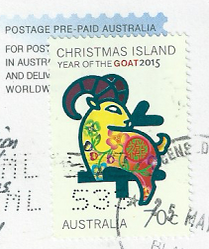