Today I got a nice postcard from the USA! The postcard features an aerial view of the Fort Sumter National Monument, which is located in Charleston Harbor in the state of South Carolina. On April 12, 1861, the first shots of the Civil War were fired here during the Battle of Fort Sumter. After the battle, the fort was captured by the Confederates and remained so until shortly before the end of the war. The sea fort is listed in the National Register of Historic Places. Thanks Molly! 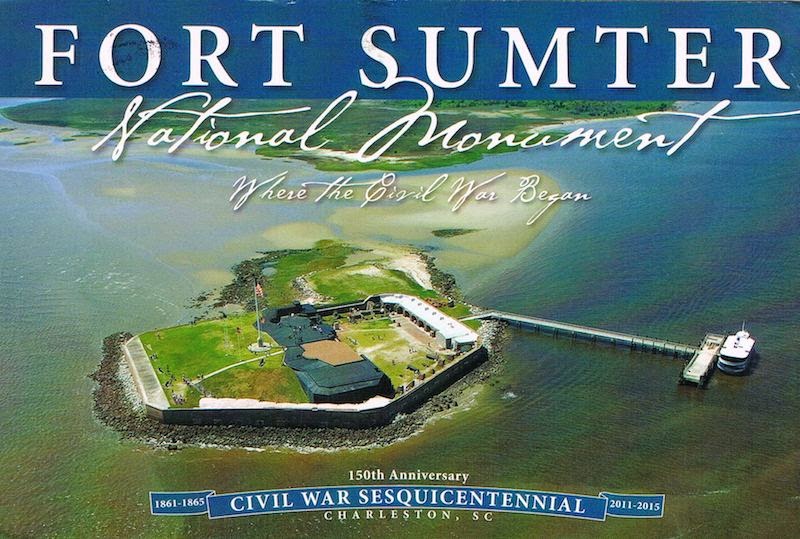