Postcard from the United Arab Emirates!

Today I got a great postcard from the United Arab Emirates! The postcard shows a spectacular view of Downtown Dubai. Burj Khalifa, a skyscraper seen slightly to the left of the center is the most prominent part of the skyline. It is the tallest man-made structure int he world, standing at 829.8 metres. Construction on the building was started in 2004 and it was once known as Burj Dubai. It has 163 floors and was designed by the architect Adrian Smith. Its official opening was on January 4, 2010 and it reportedly cost $1.5 billion to make. Thanks Sana! 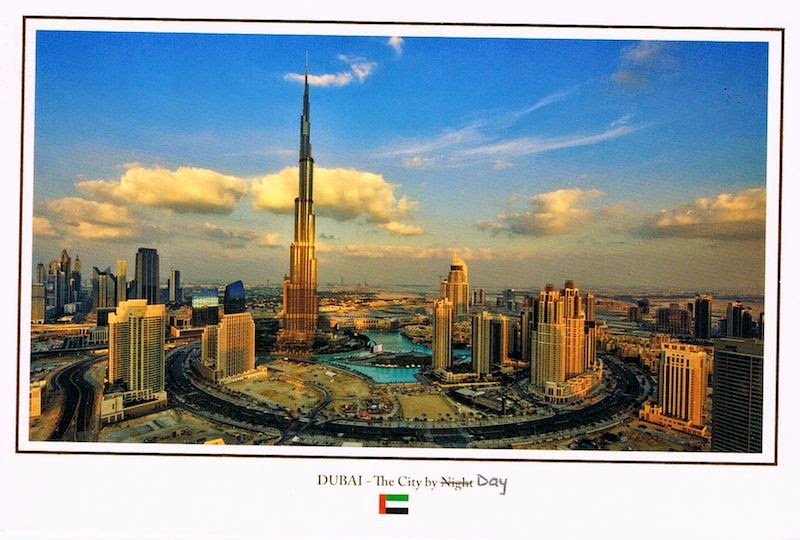