Postcard from the Canary Islands!

Today I got a beautiful postcard from the Canary Islands! The postcard features multiple views of the island of Tenerife. Tenerife is the largest and also the most populous island of the Canary Islands. It covers an area of 2,000 square kilometres and has a population of 900,000 people, representing almost half of the population of the Canary Islands. It is also the most visited, with 5 million visitors annually. The middle top photo shows El Teide, a volcano. It is a UNESCO World Heritage Site and is also Spain's highest point. 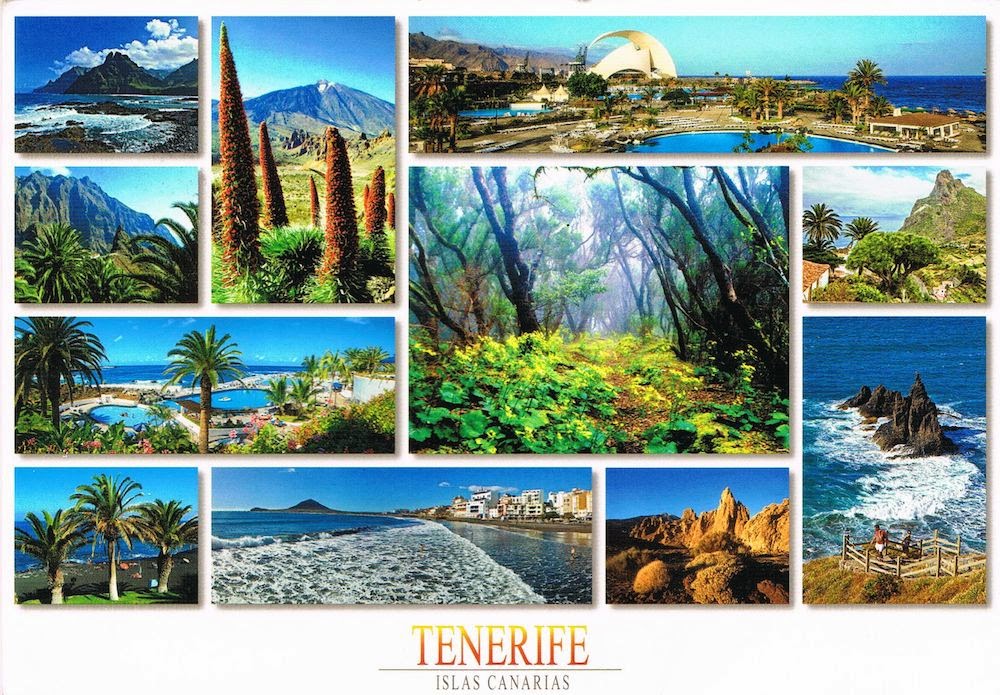