Today I got a really cool postcard from Japan! The postcard features a nice illustration of the iconic Japanese monster Godzilla. Godzilla first appeared in Ishirō Honda's 1954 film Godzilla and has appeared in many different movies and media since then. He has been featured in two American films, with the most recent one released in 2014. 2014 marks the 60th anniversary of his first appearance. He is also known as the "King of the Monsters." A nice ambulance stamp was used! Thanks Sophia! 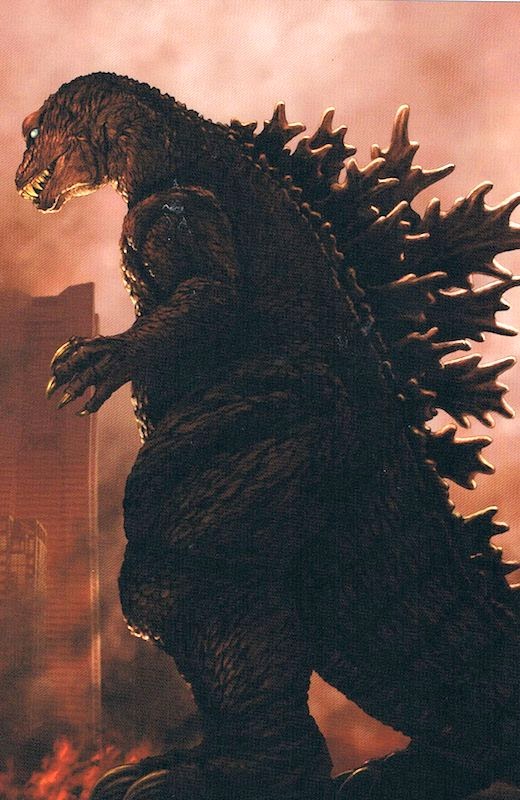 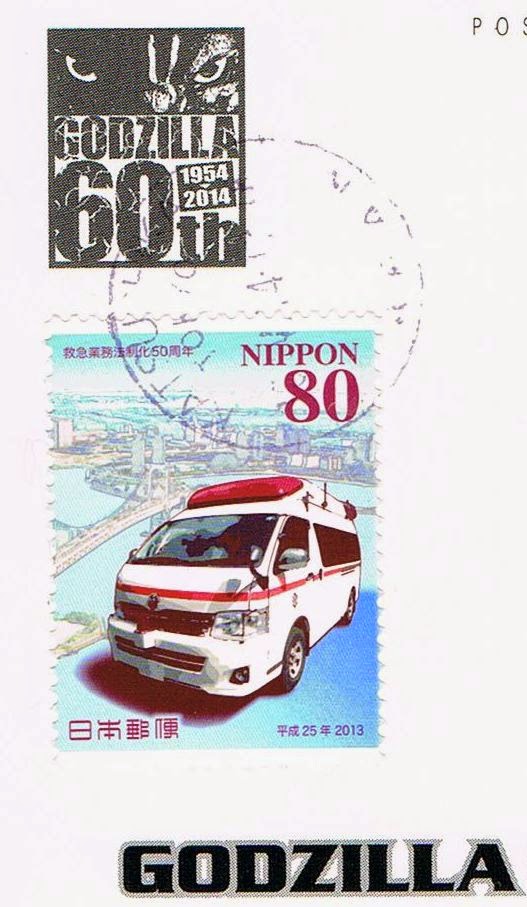