Today I got a nice postcard from the USA! The postcard shows an illustrated map of the state of New Jersey. New Jersey, which is often referred to as the Garden State, is located in the Northeastern part of the United States. It is the fourth smallest state in the country but with a population of nearly 9 million people, it is also the most densely populated state. Due to its location in the middle of many major cities like New York and Philadelphia, New Jersey has been experiencing rapid growth. Its capital city is Trenton while its largest city is Newark. Its state bird is the Eastern Goldfinch and its state flower is the Viola sororia. Thanks Kati! 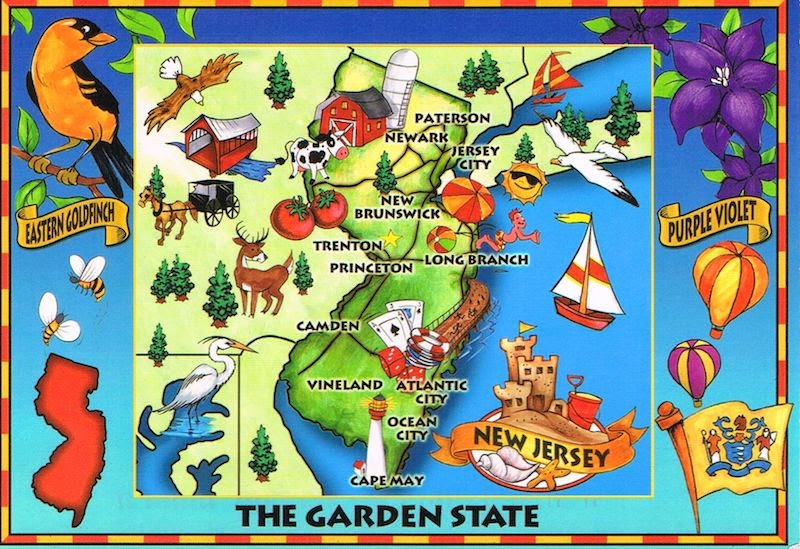