Today I received a cool postcard from the USA! The postcard features Boba Fett, a Star Wars character, as he appeared on a US stamp. Boba Fett is one of the franchise's most iconic characters. He was cloned from a bounty hunter who then raised him as his own son. Boba Fett witnessed his father's death at the hands of Mace Windu, a Jedi Master. He then goes onto become the galaxy's most notorious bounty hunter. Nice stamps were used! Thanks Kim! 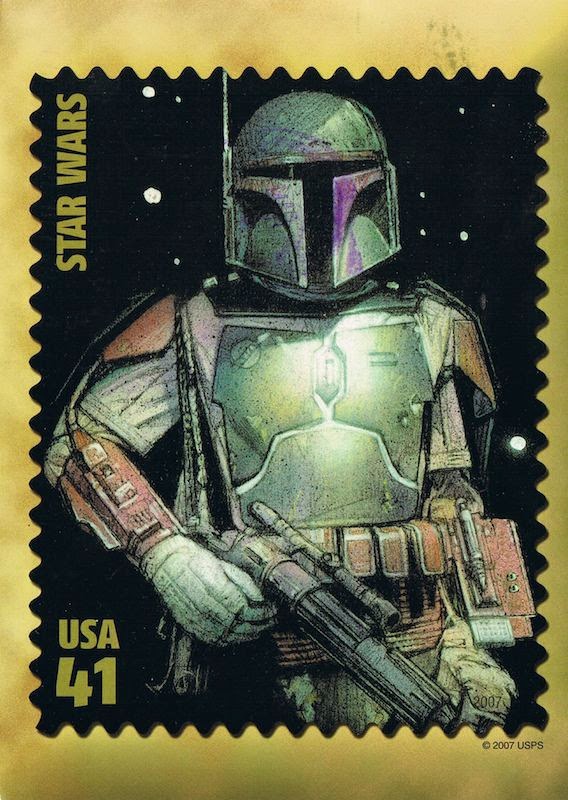 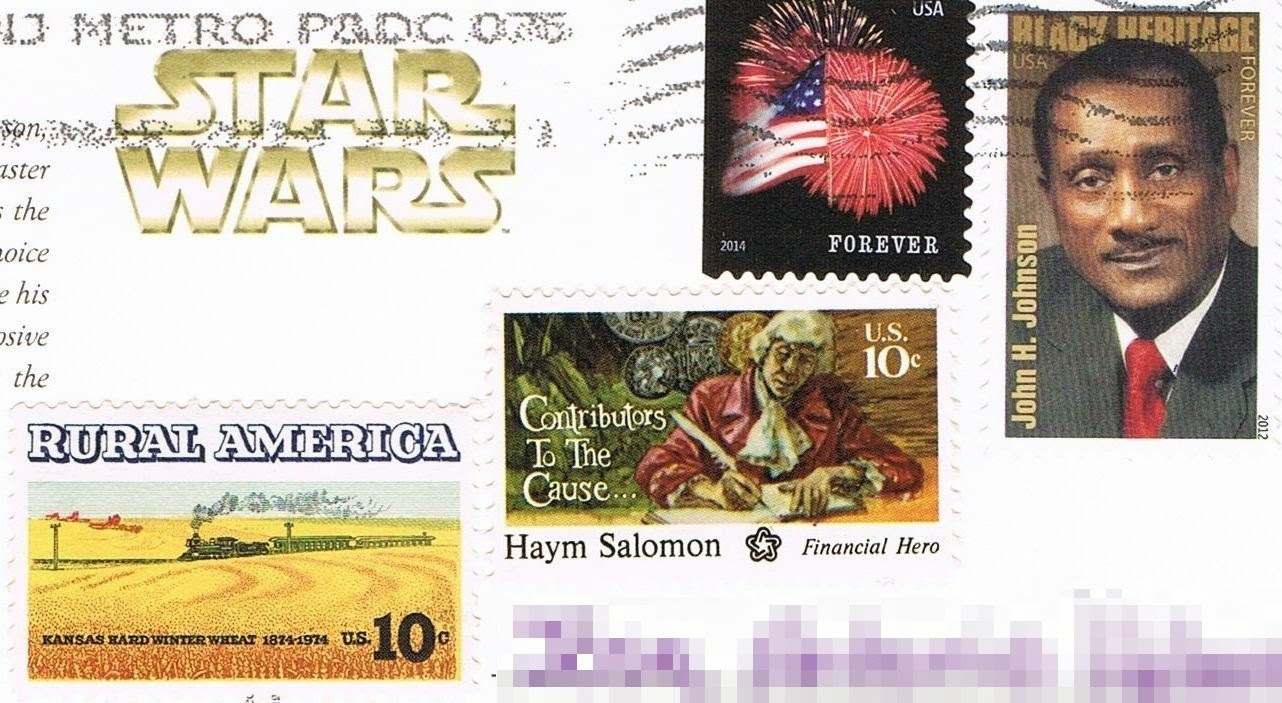