Today I got a nice postcard from Ukraine! The postcard shows the Monument to the Scuttled Ships, which is located by Marine Boulevard in Sevastopol. The monument is dedicated to ships scuttled during the siege of Sevastopol in the Crimean War, which took place in 1854 to 1855. Sevastopol is a city on the Black Sea in the Crimean Peninsula. Thanks Alyona! 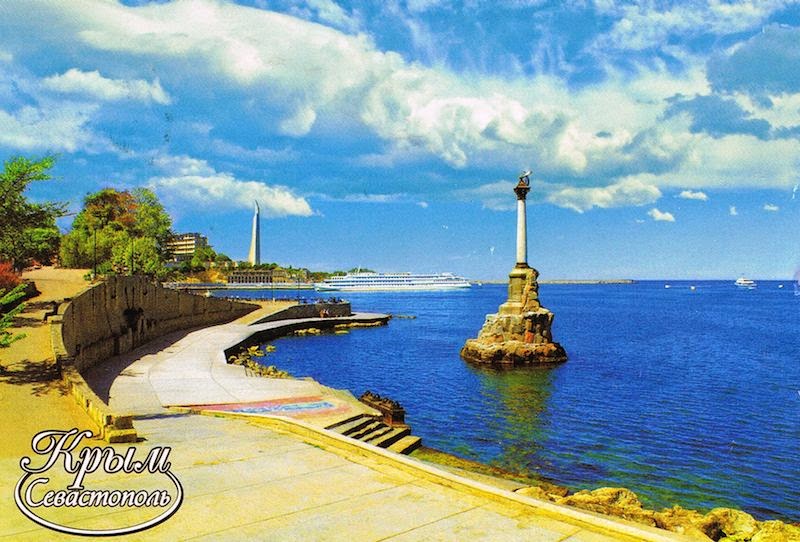 Email ThisBlogThis!Share to TwitterShare to FacebookShare to Pinterest
Labels: Ukraine