Today I got a nice postcard from China! The postcard shows Chinese ships and planes in formation. China's People's Liberation Army Navy, commonly shortened to PLA Navy, is the naval arm of China's armed forces. It was established in 1950 and currently has about 290,000 personnel and 469 ships and 432 aircraft. The PLA Navy currently has 1 aircraft carrier and is commanded by Admiral Wu Shengli. Thanks Zhang! 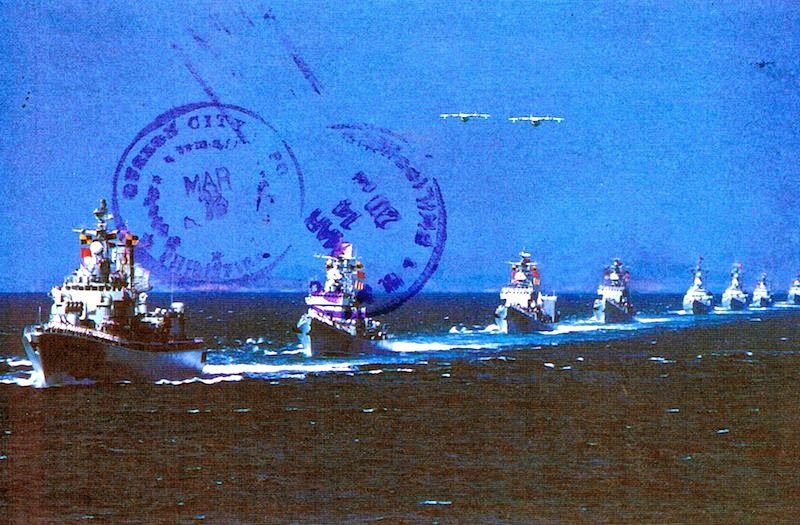