Today I got a nice postcard from Russia! The postcard features an illustration from the series of stamps commemorating the 65th Anniversary of Victory in the Great Patriotic War. This particular card shows a submachine gun from the 2009 issue of the series, which features small arms. Car stamps from the same series issued in 2012 were used! Thanks Sergey! 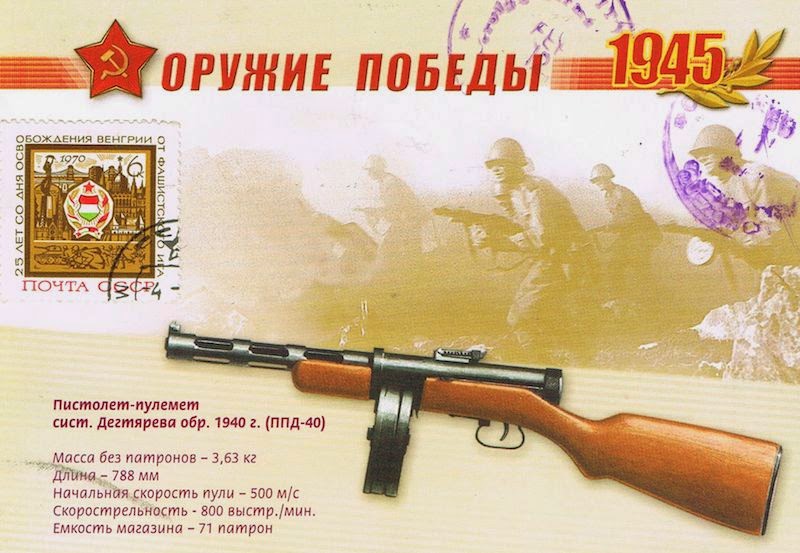