Today I got a beautiful postcard from Palestine! The postcard shows a nice view of Bethlehem, known as the birthplace of Jesus and also known as the City of David. It is also the location of the Basilica of the Nativity. The postcard was sent from the Bethlehem Post Office on the day after Christmas, December 26, 2013. The stamp was issued by the Palestinian National Authority, which has managed postal services since 1994 in its territories. The Palestinian National Authority has since been called the State of Palestine, following a 2013 United Nations vote to include it as a non-member observer state. It was formed in 1994 as part of the Oslo Accords between the Palestinian Liberation Organization and Israel. It governs areas in the West Bank and Gaza Strip. Thanks Mirna! 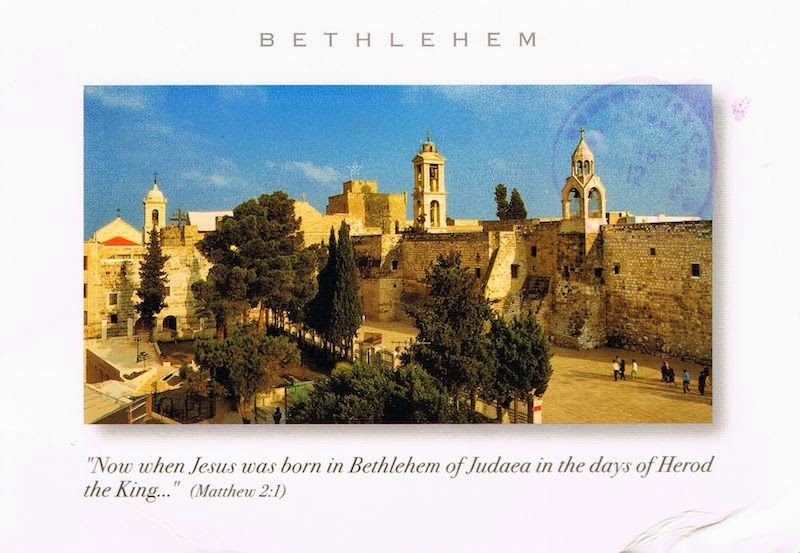 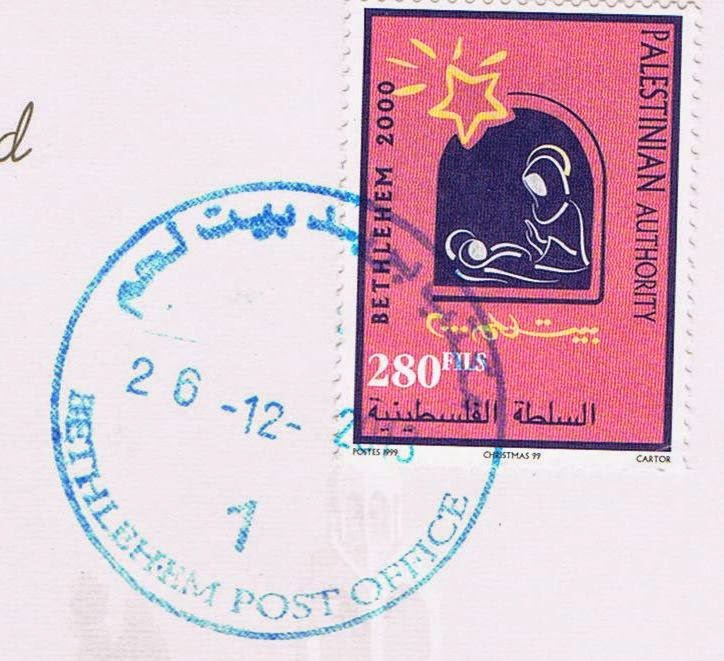