Today I got a nice postcard from the USA! Today I got a nice postcard from the US Territory of Puerto Rico. Puerto Rico, which is officially an unincorporated territory of the United States, is an archipelago in the Caribbean. The Commonwealth of Puerto Rico, as it is officially known, has a population of about 3,700,000 people and its capital is San Juan. It is mostly mountainous and has expansive coastal areas. Puerto Rico, when translated into English, means "rich island." The card was postmarked at San Juan. Thanks Norma! 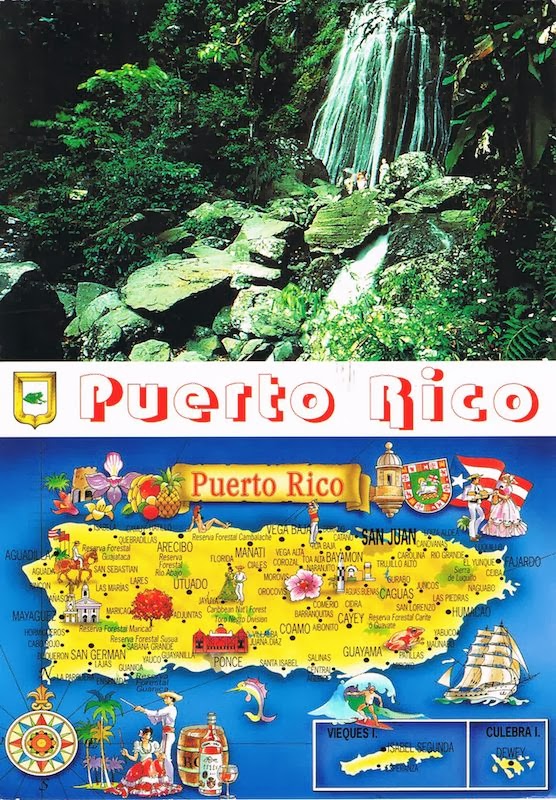