Today I got a nice postcard from the United Kingdom! The postcard shows a view of the Thames Barrier in London, the country's capital city. The barrier, which was built to protect a large portion of London from flooding, was opened in May, 1984. The opening was overseen by Queen Elizabeth II. It spans about 1/3 of a mile and took 4,000 people and eight years to construct. It is the largest moveable barrier in the world. The card is an official Postcrossing card, GB-517427. Thanks Helen! 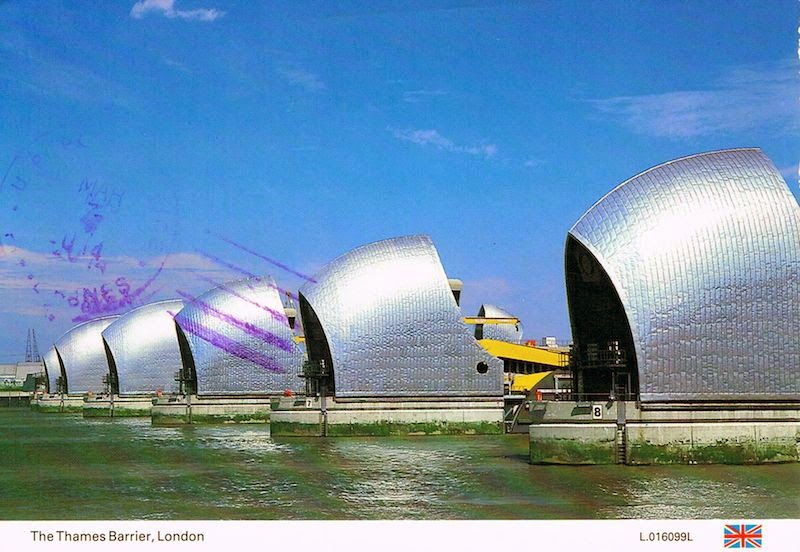