Today I got a nice postcard from the United Kingdom! The card shows a night view of the Royal Pavilion, which is located in Brighton, England. It was built in the late 1700's as a seaside retreat and was once also known as the Brighton Pavilion. It features a distinct Indo-Saracenic architectural style. It was once used as a military hospital during the First World War. A nice stamp featuring the Royal Mail Ship Britannia was used! Thanks Mary! 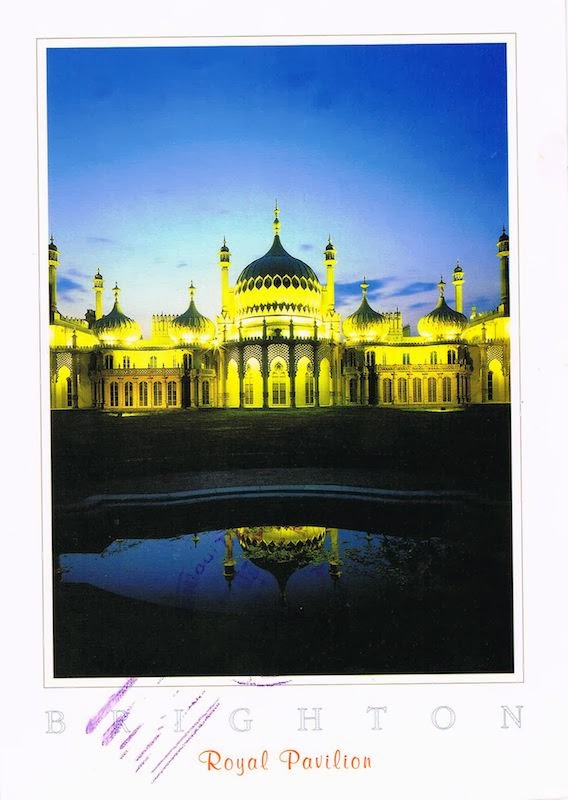