Today I got a cool postcard from Russia! The postcard, which was issued in 2011, features the Soviet cruiser Kirov. Kirov was a Kirov-class cruiser that served throughout the Second World War and the Cold War. It was launched in 1936 and was used as a training ship starting in 1961. In 1974, it was sold for scraps. It had a length of 191 metres, was operated by a crew of 734, and carried two seaplanes. Thanks Victor! 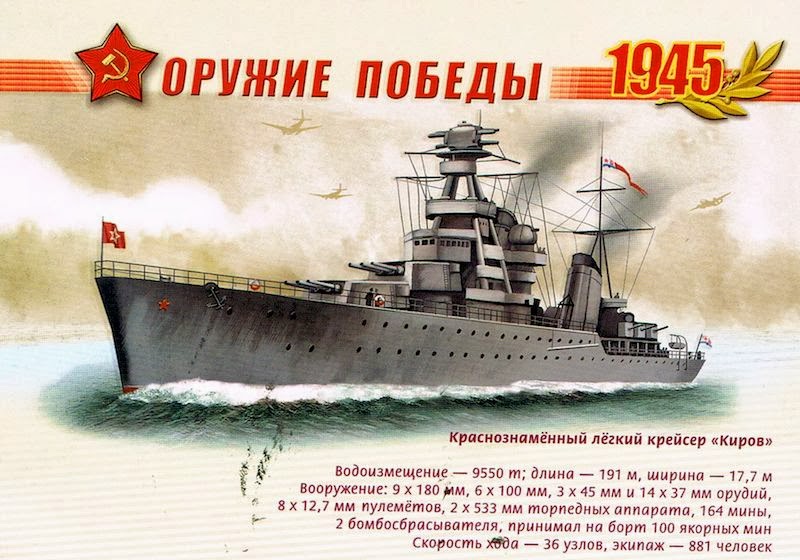