Today I got a nice postcard from Russia! The postcard shows an illustration from the Weapons of Victory series. In particular, the card shows a ZIS-6 general purpose cargo truck. It has a maximum speed of 55 kilometres per hour and has a 73 horsepower engine. Used was a beautiful stamp commemorating the 200th Anniversary of the Victory of the Allied Armies under Napoleon in the Battle of Leibzig. It was issued on October 19, 2013. Thanks Alyona! 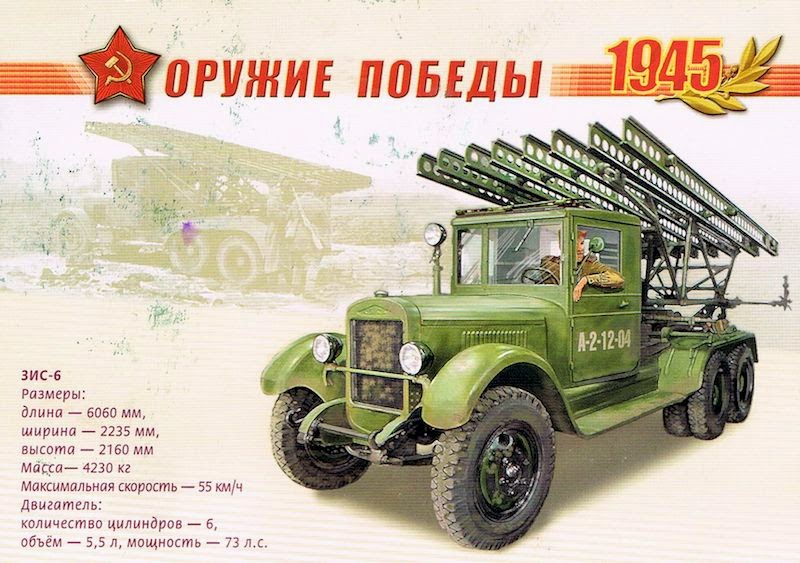 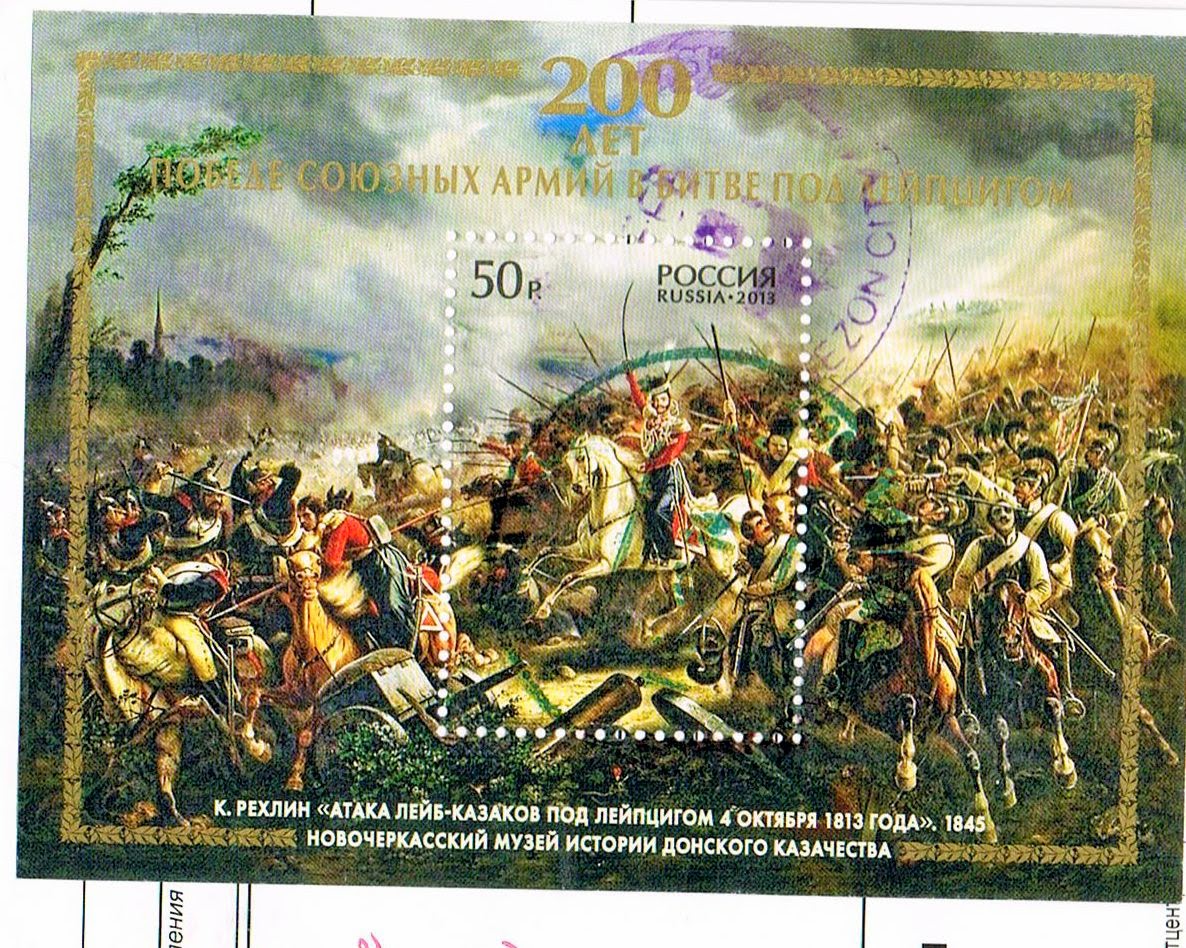