Today I got a nice postcard from Japan! The card features an illustration of a winter scene in a rural Japanese home. Scene is a woman tending to her garden. Used was a stamp issued in 2013 from a series on winter greetings. It shows a snowman holding up a broom. It is one of five snowman designs from the series. The card is an official Postcrossing card, JP-510710. Thanks Daizo! 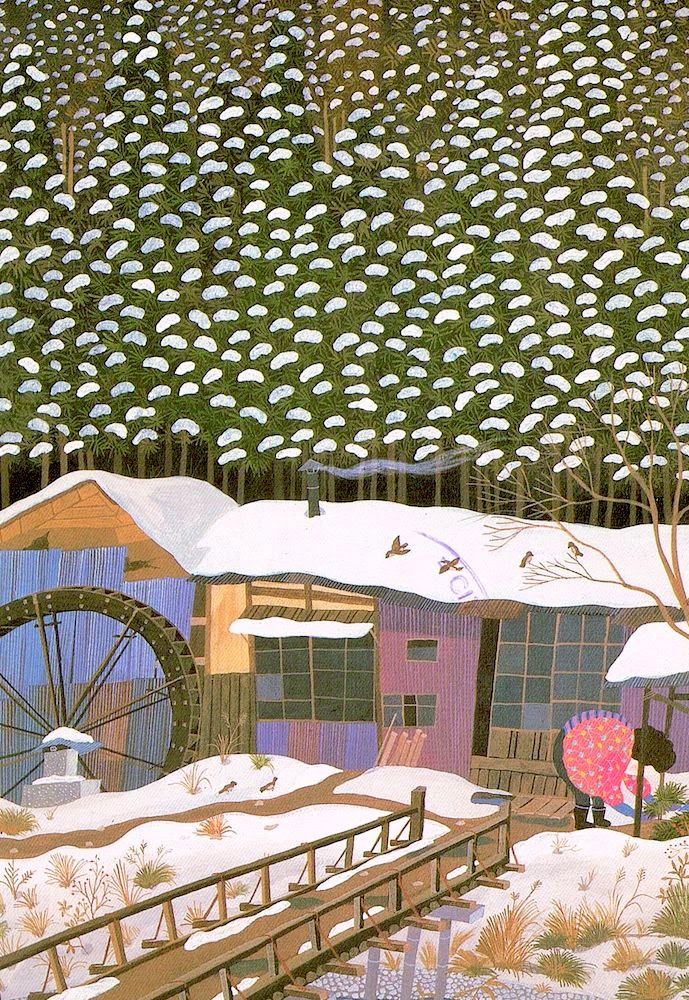