Today I got a nice postcard from South Africa! The card shows a night view of the city of Johannesburg. Johannesburg is South Africa's largest city, with a population of about 4,500,000 people. It is the capital of the province of Gauteng. It is considered the world's largest city not on a river, lake, or coastline. Nice stamps featuring native crafts were used! Thanks Helga! 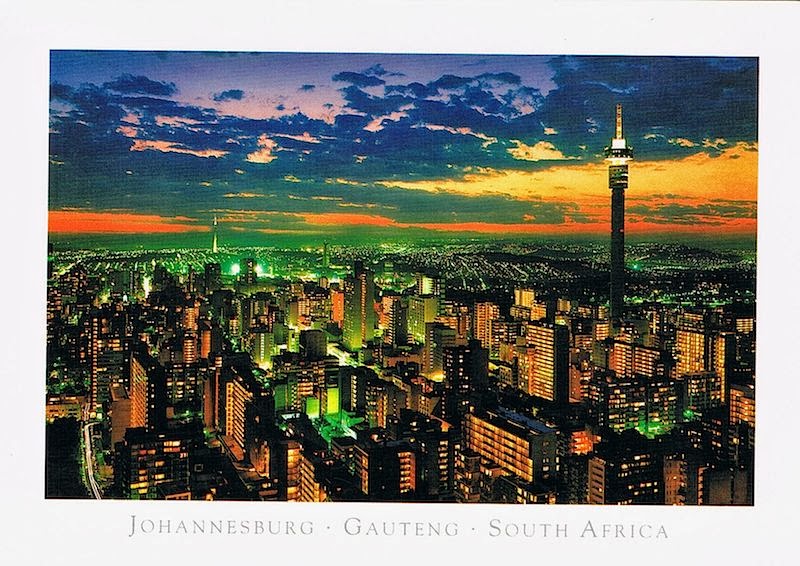