Today I got a nice postcard from Germany! It shows a view of the Abbey of Lorsch, a historic building located in Lorsch, Germany. It was originally founded in 764 and was one of the most important monasteries in the Carolingian Empire. It is also a UNESCO World Heritage Site. A nice new 2014 matching stamp of the Abbey was used! Thanks Liane! 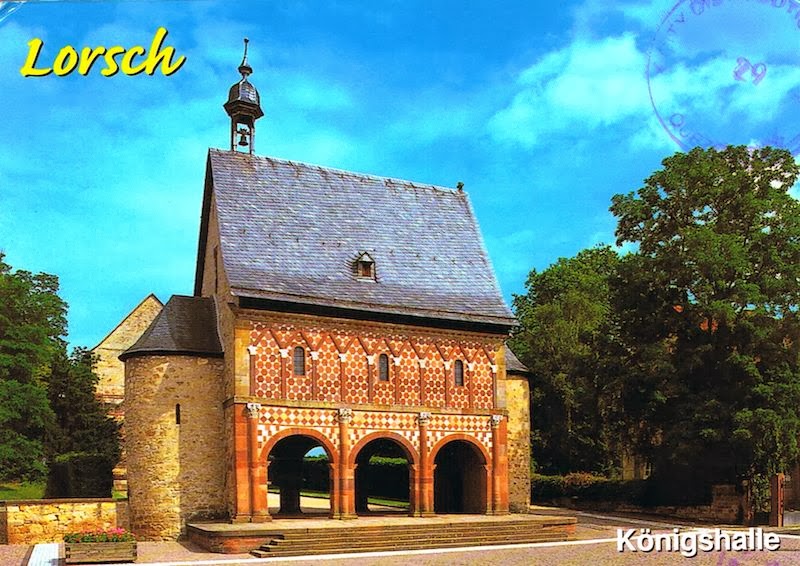