Today I got a nice postcard from South Korea! The postcard shows a view inside Geunjeongjeon, the main throne hall of Gyeongbok Palace. The palace was once the main royal palace of the Joseon dynasty and it was built in 1395. It is also the largest of the Five Grand Palaces of the said dynasty. During the start of the 20th century, it was destroyed by Imperial Japan and it is currently still undergoing restoration. Thanks Seung Yeop! 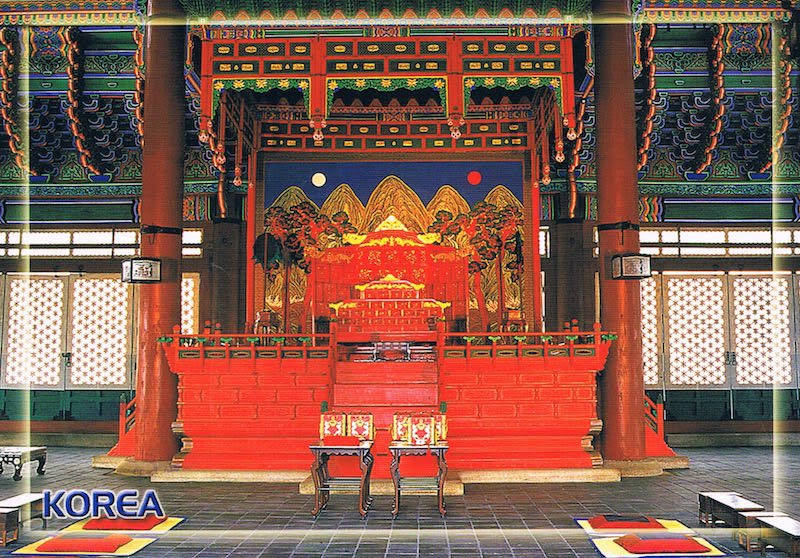