Today I got a cool postcard from Indonesia! The postcard is an official advertising postcard issued by the country's travel department. It shows an Indonesian man and woman in traditional attire. The card is advertising Jakarta, the country's capital city. With a population of nearly ten million people, the city is one of the most populous in the world and Indonesia's largest. Thanks Wulandani! 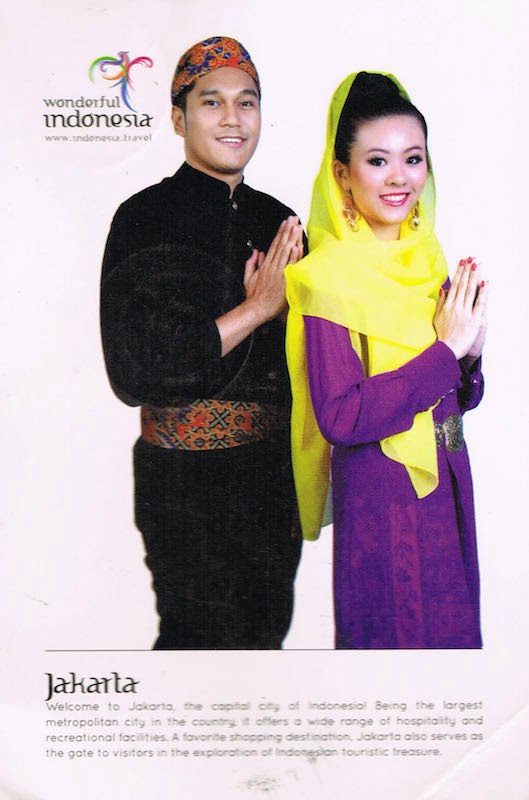