Today I got a nice postcard from the USA! The postcard shows a view of the University of North Carolina at Chapel Hill, one of the highest ranked universities in the country. The school, which is also known simply as North Carolina, is a public research university and one of the three oldest public universities in the USA. It was first established in 1789 although it first started accepting students in 1795. It is also known for its sports teams, which are known as the Tar Heels. On the card we see The Old Well, which is the unofficial symbol of the university. Thanks Julie! 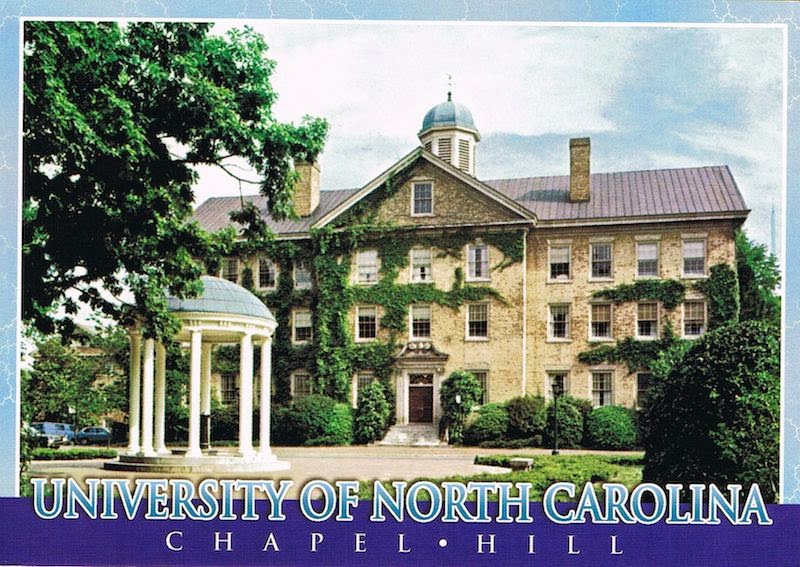