Today I got a great postcard from Suriname! The postcard features the country's flag, an outline of the country's borders, and several scenes featuring locals. Suriname, officially known as the Republic of Suriname, is a country in the northeastern part of South America. It was first colonized by the English and the Dutch in the 17th century and only left the Kingdom of the Netherlands in 1975. It is the smallest country in South America, with only 165,000 square kilometres. It has a population of 560,000 people and most of them speak Dutch. Thanks Cheryll! 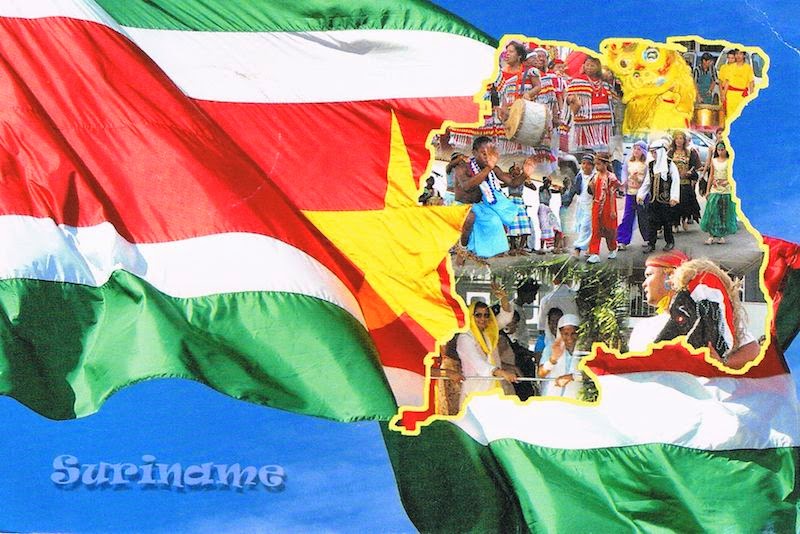