Today I received a cool postcard from the United Kingdom! The postcard features the iconic red telephone boxes in London. The red telephone box was originally designed by Sir Giles Gilbert Scott as part of a design competition. The public telephone boxes were given a red color to make them more visible. They also feature the crown, which represents the British government. They are an iconic symbol of the country and are recognized all over the world. The card was sent by Tonya from Russia who was in London. A metered stamp was used. Thanks Tonya! 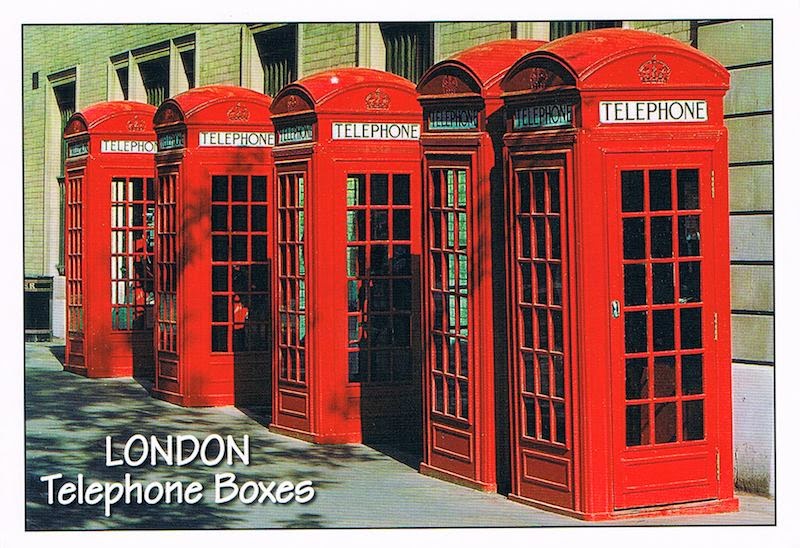