Today I got a nice postcard from Russia! The postcard shows a view of Russian Cruiser Aurora, which is at permanent anchor in St. Petersburg. Once a Pallada-class cruiser, it served in the Russo-Japanese war. It was built in St. Petersburg and was commissioned on July 29, 1903. After going through intense fighting at the Battle of Tsushima, the ship went to Manila, where it was interned by the Americans until the end of the war. The postcard is an official Postcrossing card, RU-2657665. Thanks Olga! 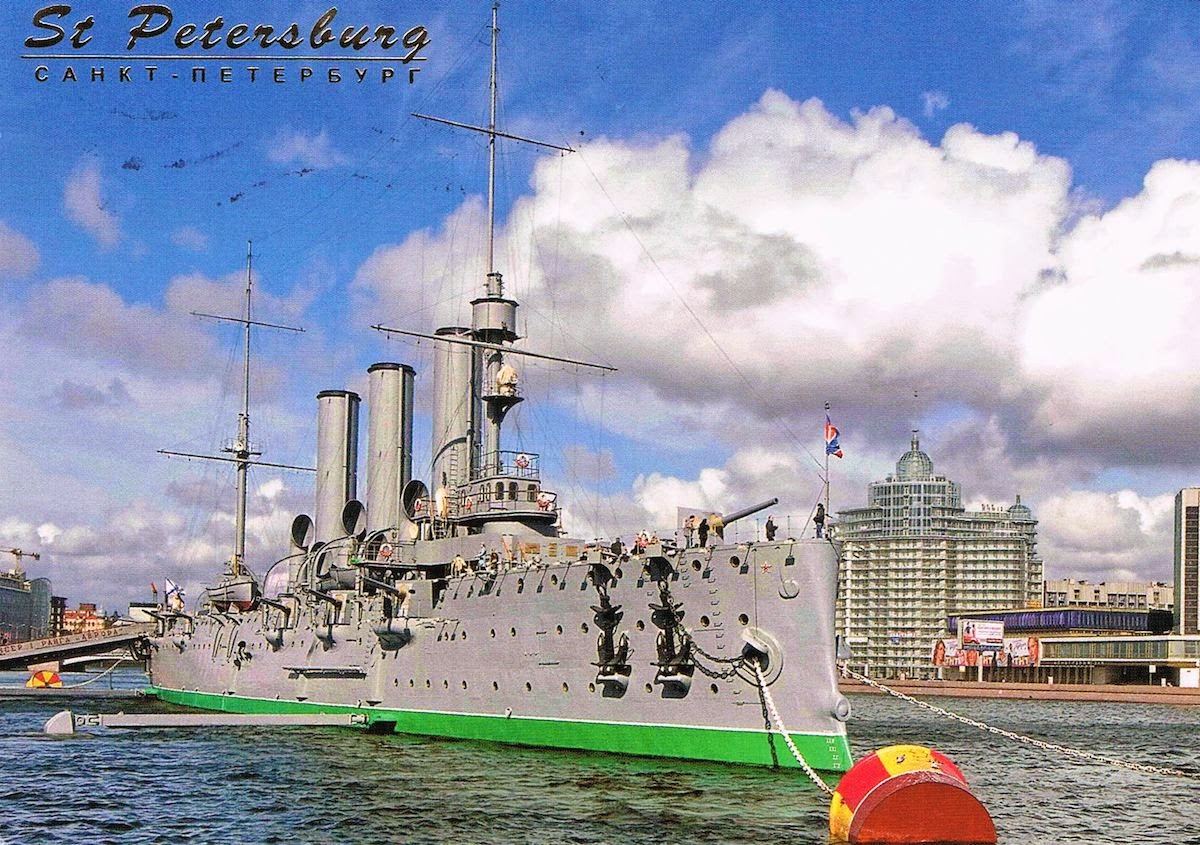