Today I got a cool postcard from Russia! The postcard features a ZIS-6, a Soviet general purpose 6x4 military cargo truck. The ZIS-6 was built from 1933 to 1941 and served as the chassis of the "Stalin Organ", a Katyusha BM-13 multiple rocket launcher. Katyusha multiple rocket launchers were used by the Soviet Army in World War II and provided quick and powerful artillery strikes. However, these strikes were less accurate and required longer reload times. Two nice car stamps were also used! Thanks Sergey! 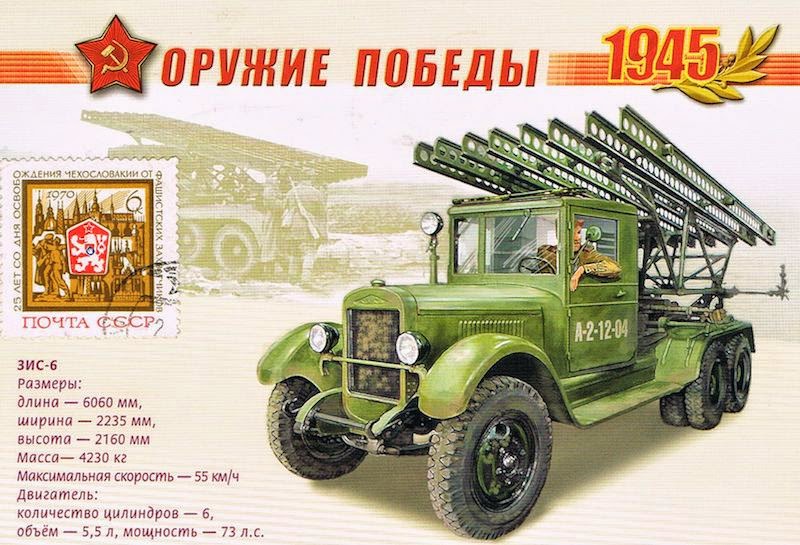