Today I got a nice postcard from Russia! The postcard shows a black and white photo of the Cruiser Admiral Nakhimov from 1885. It served with the Russian Navy. Used were two beautiful stamps. One was a stamp issued in 2008 to commemorate the Russian Northern Fleet. The Northern Fleet is responsible for the defense of Northwestern Russia and has access to both the Arctic and Atlantic Oceans. The fleet is headquartered at Severomorsk and was originally founded in 1937 under the Soviet Navy. It currently has 39 warships and 45 submarines. Thanks Elena! 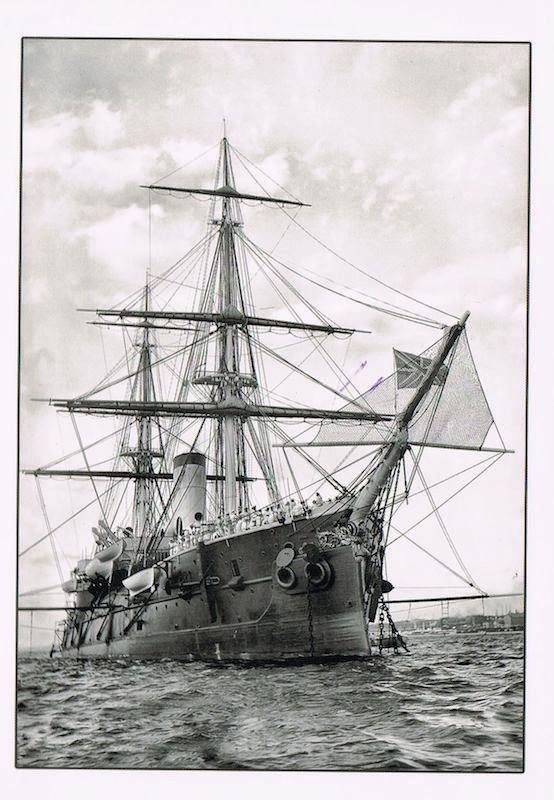 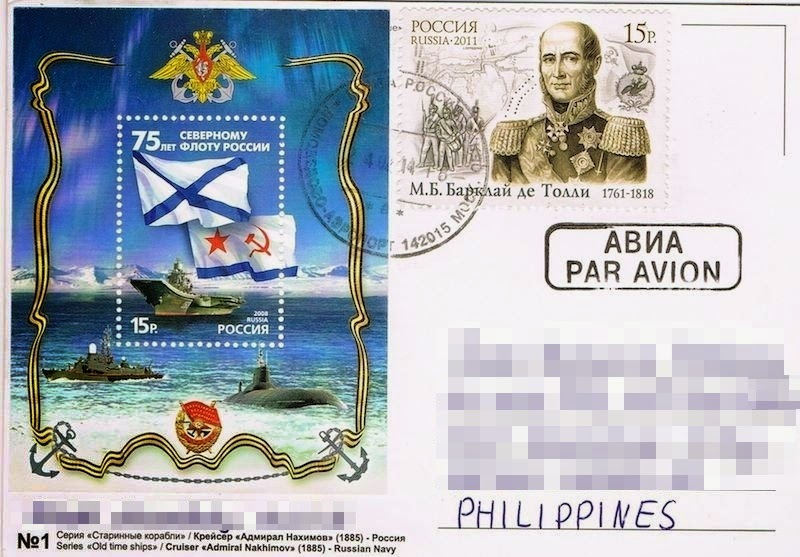