Today I got a great postcard from Kyrgyzstan! The postcard shows an evening view of Ala-Too Square in Bishkek, the country's capital city. The square's primary feature is the statue of Manas, a Kyrgyz epic hero. Manas is the hero in the Epic of Manas who fought to unite the tribes of Kyrgyz people and reclaim their ancestral land. He is regarded as a national hero and an icon for national identity. The epic is more than 500,000 lines long and is often performed publicly. A performance can take up to 13 hours and some people claim that it is the longest oral epic in the world. Thanks Karina! 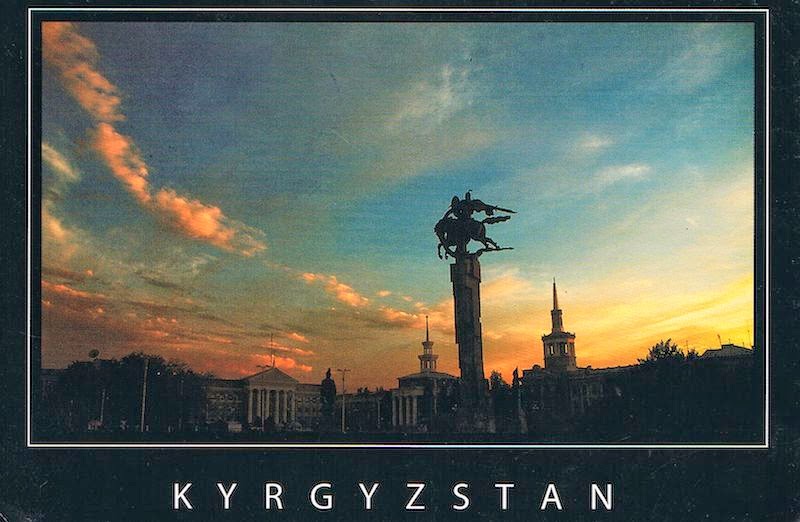 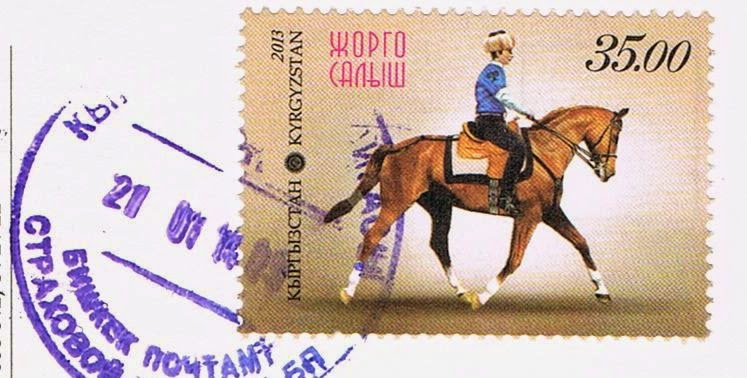