Today I got a nice cover from Egypt! Inside, a beautifully made painting on papyrus depicting an Egyptian pharaoh was included. Papyrus was the first form of paper invented by ancient Egyptians and is very fragile. Nice stamps were used on the cover, including a stamp featuring Tutankhamun and one featuring Senusret I. Tutankhamun was a pharaoh of the 18th dynasty while Senusret I was a pharaoh of the 12th dynasty. Thanks Sara! 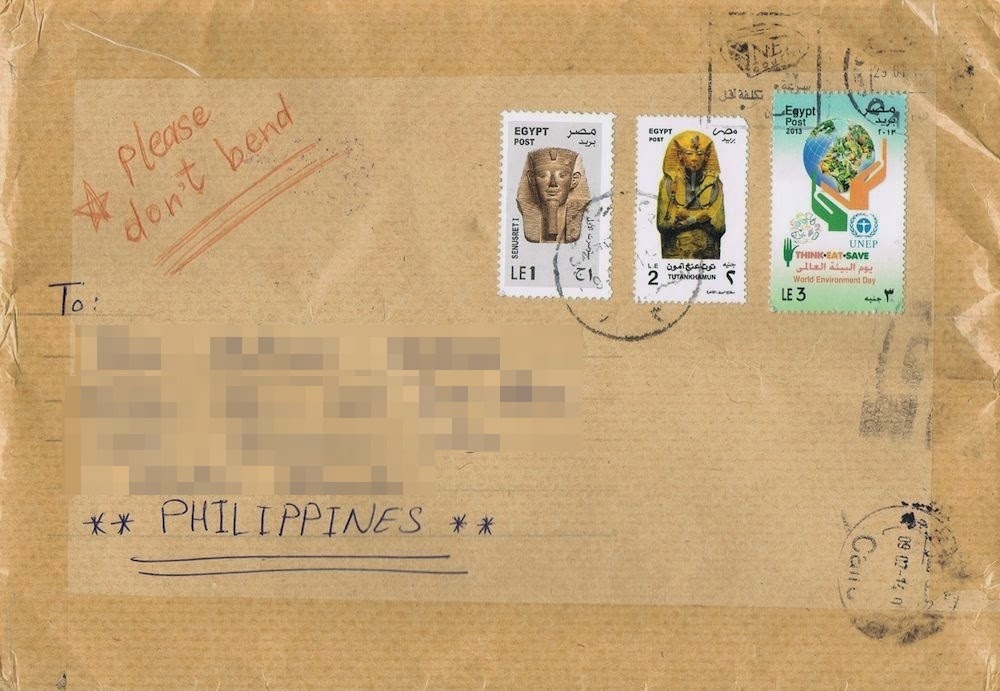 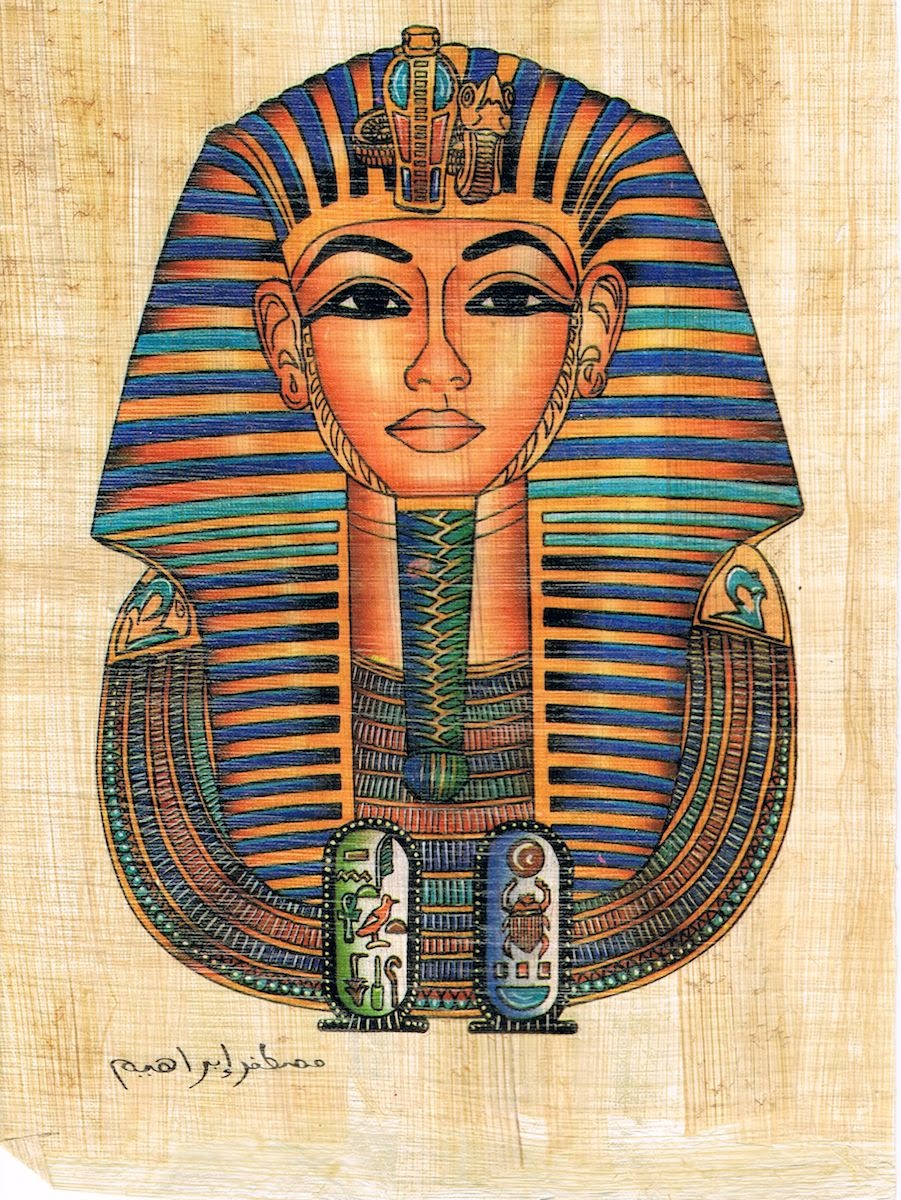