Today I got a nice postcard from the USA! The postcard, which features glittering, shows a view of downtown Los Angeles, a major city in California. L.A., as it is more commonly known, is the most populous city in the said state and second most populous in the whole USA. It is considered to be the most diverse city in the country. The City of Angels, another of its nicknames, has hosted two Olympic Games and is a globally significant city. Hollywood is also located here. Thanks Abran! 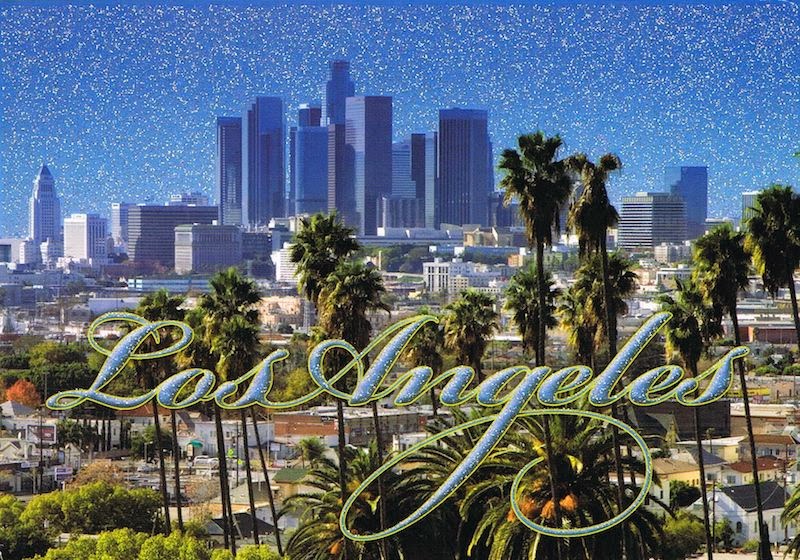